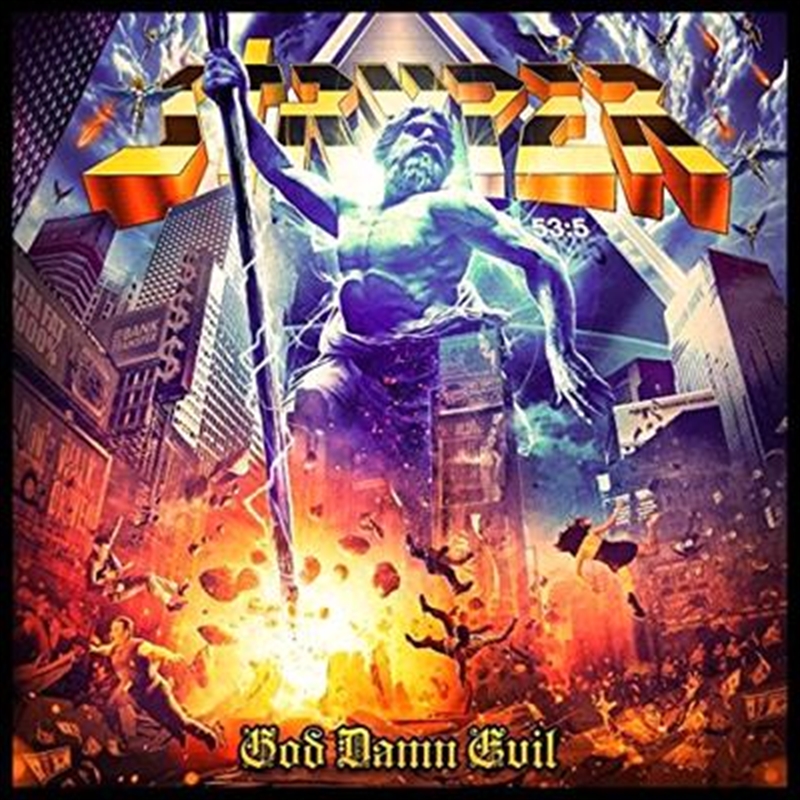 Continuing a trend started with their 2013 release, “No More Hell To Pay”, STRYPER’s 10th studio album, “God Damn Evil” sees the band offering up their heaviest release yet! Opening track, “Take It To The Cross” features a guest appearance from Matt Bachand (Shadows Fall, Act Of Defiance) on death growls, yes, death growls, and immediately shows you that Michael Sweet and company have zero intentions of mellowing with age. The next two tracks, “Sorry” and “Lost”, are classic STRYPER anthems, but with a modern heaviness and edge that carries the band’s sound into the 21st century and beyond.

The title track, as with all previous STRYPER releases, proves to be an instant classic and surely will be a setlist staple on the upcoming tour cycle. “You Don’t Even Know Me” and “The Valley” are excellent follow-ups to the glorious title track, with the latter being a true ex-ample of how heavy doesn’t have to equate to “fast”. Later, “Can’t Live Without Your Love” showcases that Sweet can still write ballad lyrics, but doesn’t need the saccharine music popularize in ‘80s heavy metal to accompany it and can take it tasteful new direc-tions. While only time well tell, pound for pound, this very well and truly might be STRYPER’s best album yet. As Frontiers said to Michael after he turned in the record, “How are you going to top this?”

Fans of the previous two releases, “No More Hell To Pay” and “Fallen” and of the band’s classic early material will find much to love here as the band continues to push the enve-lope of their musical abilities.

9. Can’t Live Without Your Love