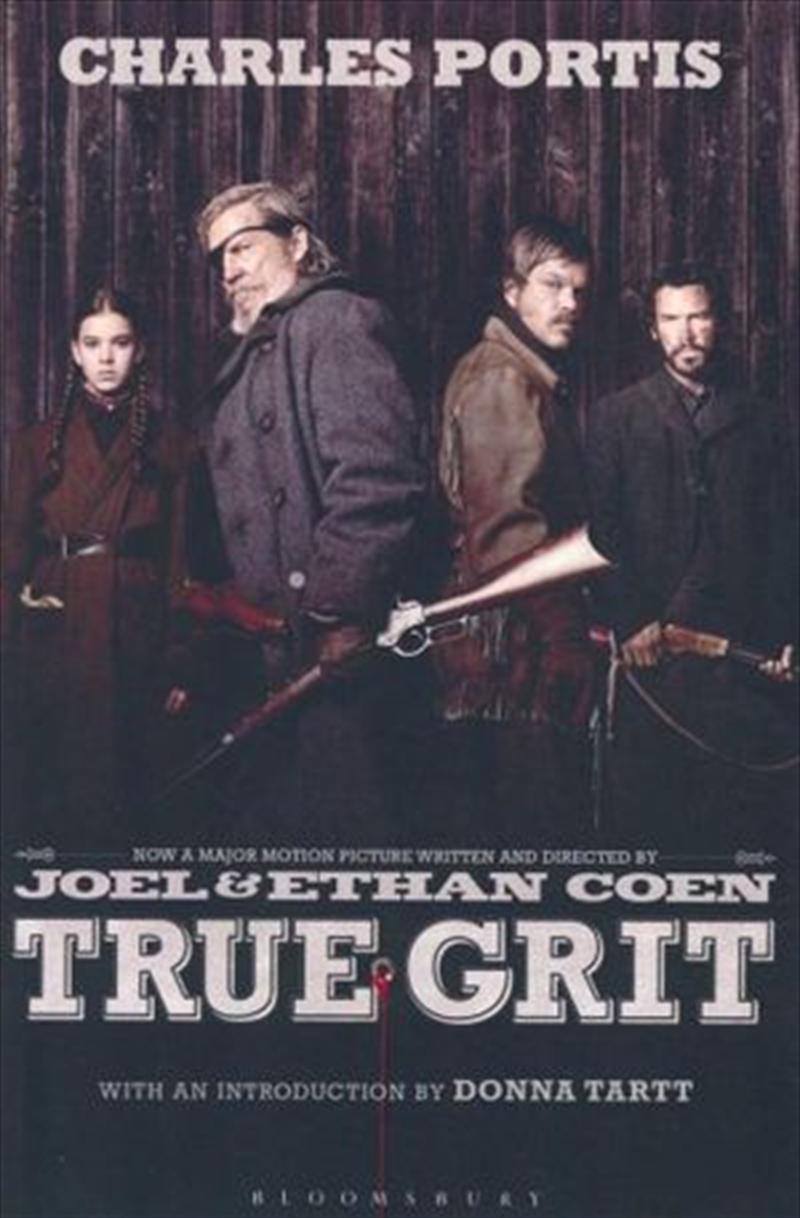 Shipping - See delivery options.
Postcode:
Quantity:
SEE MORE IN:
Book To Screen Adaptations
There is no knowing what lies in a man's heart. On a trip to buy ponies, Frank Ross is killed by one of his own workers. Tom Chaney shoots him down in the street for a horse, $150 cash, and two Californian gold pieces. Ross's unusually mature and single-minded fourteen-year-old daughter Mattie travels to claim his body, and finds that the authorities are doing nothing to find Chaney. Then she hears of Rooster - a man, she's told, who has grit - and convinces him to join her in a quest into dark, dangerous Indian territory to hunt Chaney down and avenge her father's murder.