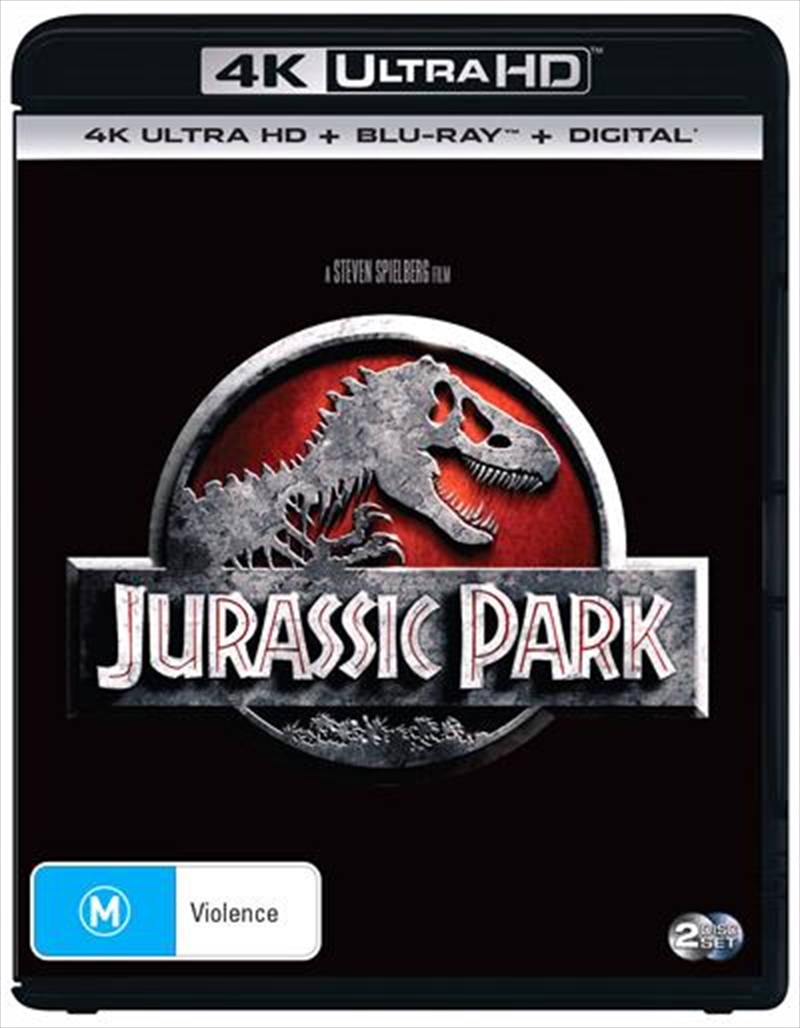 An Adventure 65 Million Years In The Making

Scientists develop a means of bringing dinosaurs to life using DNA taken from dino' blood, which has been preserved inside insects encased in amber. Whilst Hammond is showing off his dinosaur 'theme park' to a selected audience [a lawyer (Gerrano), mathematician (Malcolm), dino' expert (Grant), palaeobotanist (Sattler) and his grandchildren (Tim & Lex)], Nedry (computer expert) disables the security system so that he can make his escape with some stolen embryos. This enables all the dinosaurs to escape their enclosures... Look out the dinosaurs are coming !
TRAILER
DETAILS