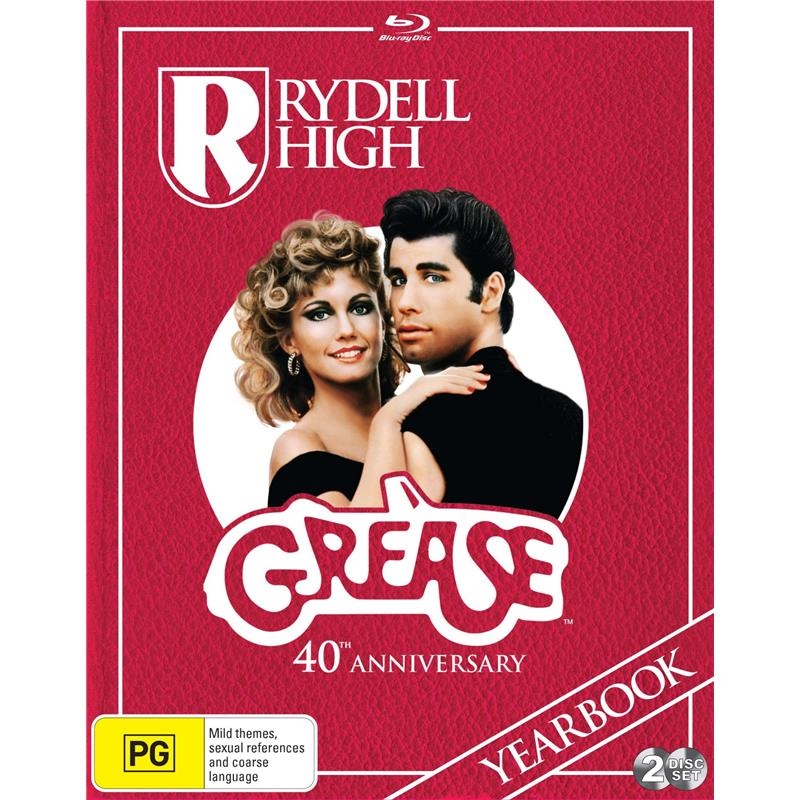 In the summer of 1958, Danny Zuko and vacationing Sandy Olsson met at the beach and fell in love. When the summer comes to an end, Sandy, who is going back to Australia, frets that they might never meet again, but Danny tells her that their love is "only the beginning", and they will stay friends. The film moves to the start of the new school year at Rydell High School ("Grease").

Danny, a greaser, is a member of the T-Birds, consisting of his best friend Kenickie, Doody, Sonny, and Putzie. The Pink Ladies, a sassy, popular clique of girls, also arrive, consisting of Rizzo, Frenchy, Marty, and Jan.

After her parents unexpectedly decide to move from Australia, Sandy enrolls at Rydell and is befriended by Frenchy, who considers dropping out of high school to become a beautician by going to a beauty school.

Unaware of each other's presence at Rydell, Danny and Sandy tell their curious groups the accounts of events during the pair's brief romance, without initially mentioning the other's name. Sandy's version emphasizes the romance of the affair, and the truth and purity, while Danny's version is more sexual ("Summer Nights").

When Sandy finally tells everyone it was Danny Zuko, Rizzo arranges a surprise reunion for the two at a pep rally, where Sandy is cheering along with high-achiever and resident swot, Patty Simcox. At the rally, Sandy catches the eye of a muscly member of the football team. When Sandy and Danny are reunited, they are initially elated, but Danny soon slips back into his greaser attitude, which offends Sandy. At the same rally, Kenickie reveals his new car, a dilapidated used jalopy, and announces he has entered it into a "pinks" street race at Thunder Road.