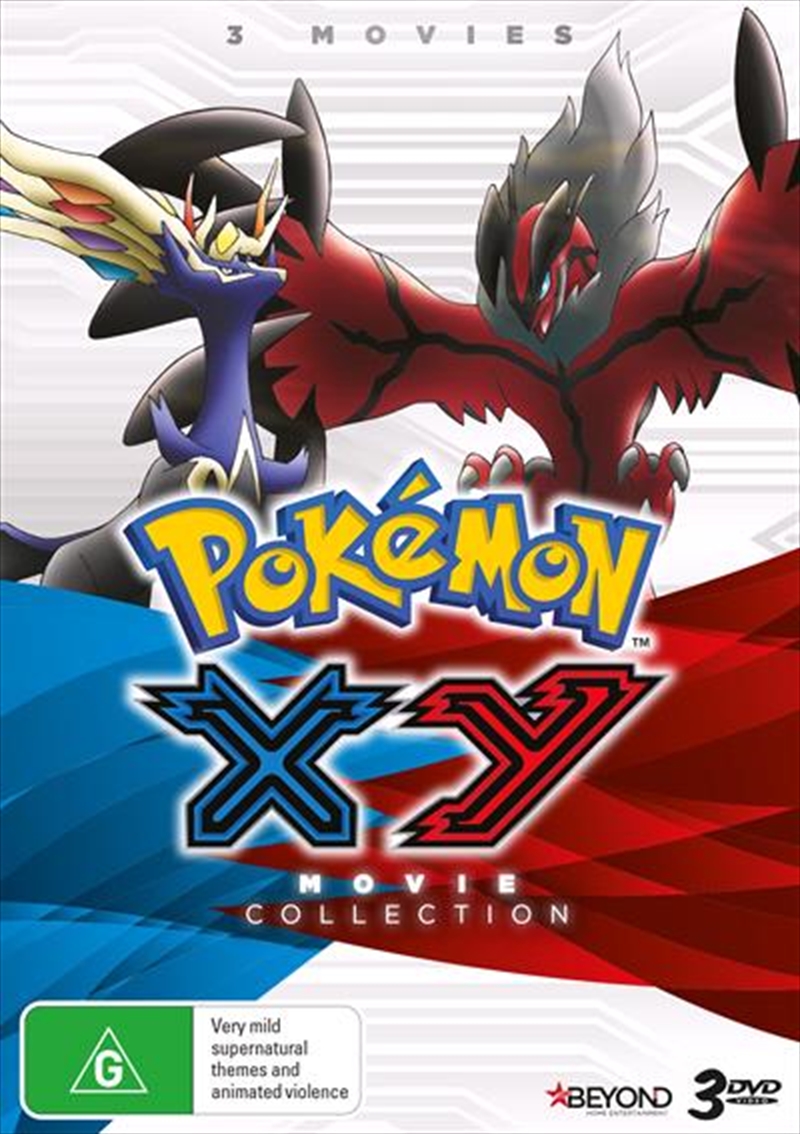 DESCRIPTION
Pokemon the Movie: Diancie and the Cocoon of Destruction - In the underground Diamond Domain, where many Carbink live, the Mythical Pokemon Diancie serves as ruler. The Heart Diamond that sustains the land is beginning to fall apart, and Diancie is not yet strong enough to create a new one. While seeking help from the Legendary Pokemon Xerneas, Diancie encounters a group of thieves who want to take control of its diamond-producing powerand who awaken the Legendary Pokemon Yveltal from its cocoon in the process! Can Ash and his friends help Diancie discover its true power, stop Yveltals rampage, and save the Diamond Domain?
Pokemon the Movie: Hoopa and the Clash of Ages - The Mythical Pokemon Hoopa is the star of Pokemon the Movie: Hoopa and the Clash of Ages! When Ash, Pikachu, and their friends visit a desert city by the sea, they meet the Mythical Pokemon Hoopa, who has the ability to summon things - including people and Pokemon - through its magic ring. After a scary incident, they learn a story about a brave hero who stopped the rampage of a terrifying Pokemon long ago. Now, the threat that has been bottled up for years is in danger of breaking loose again! Can Ash help his new friend overcome the darkness within...or will a dangerous secret erupt into a clash of legends?
Pokemon the Movie: Volcanion and the Mechanical Marvel - In this latest cinematic adventure, Ash meets the Mythical Pokemon Volcanion when it crashes down from the sky, creating a cloud of dust and a mysterious force binds the two of them together! Volcanion despises humans and tries to get away, but its forced to drag Ash along as it continues its rescue mission. They arrive in a city of cogs and gears, where a corrupt minister has stolen the ultimate invention: the Artificial Pokemon Magearna, created 500 years ago. He plans to use its mysterious power to take control of this mechanical kingdom! Can Ash and Volcanion work together to rescue Magearna? One of the greatest battles in Pokemon history is about to unfold!
DETAILS