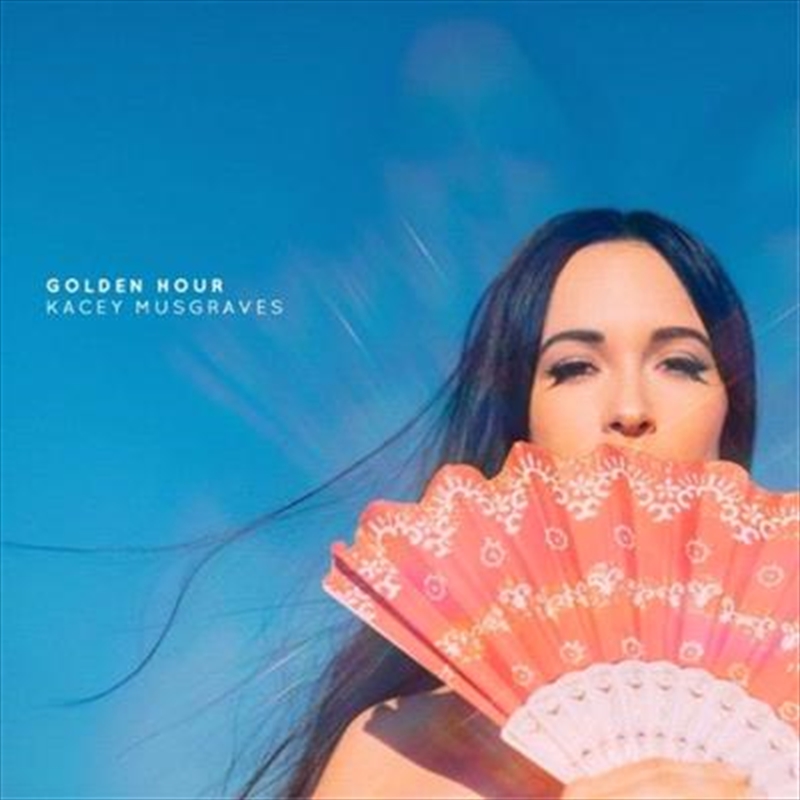 Kacey Musgraves presents her 4th album Golden Hour. The multiple Grammy-winning artist co-wrote and co-produced the album with Ian Fitchuk and Daniel Tashian. Kacey reveals, “I had a different mindset this time, which was feeling rather than thinking – leading heart first.” Her most intimate album to date, Golden Hour, is introduced with two key tracks, the captivating and melancholic “Space Cowboy,” and the uplifting, dreamy “Butterflies.”

Golden Hour follows the massive success of Kacey’s critically-acclaimed albums Same Trailer Different Park, Pageant Material and A Very Kacey Christmas. Both Same Trailer Different Park and Pageant Material debuted at #1 on Billboard’s Top Country Albums chart, with Kacey becoming the first solo female in 5 years to top the chart with a rookie release and only the seventh to do so in Nielsen SoundScan’s 22-year history. Kacey has won 2 Grammy Awards for Best Country Album and Best Country Song (“Merry Go ‘Round”), 2 CMA Awards for “New Artist of the Year” and “Song of the Year” (“Follow Your Arrow”), and an ACM Award for Album of the Year.

Kacey Musgraves is a force to be reckoned with. “Golden Hour” is her boldest, strongest and most cohesive record yet. She has truly found her sound and mixed together raw emotion with vulnerability, euphoric hooks and a polished pop production that hears her remaining truthful to her country roots. Album opener “Slow Burn” is a intimate and honest moment that hears her delivering an autobiographical track that reflects on the path she has paved so far in life. The acoustic country production is very simple but perfectly allows the storyline to take lead and welcomes this more emotional approach. “Lonely Weekend” introduces a pop inspired hook that will have you instantly singing along to this heartbreak and confusion track before having her mend your heart on the reflective “Oh, What A World”. But it’s the romantic “Butterflies” which had me gushing and feeling all giddy. This is one of the songs that are about when she first met her now husband and fell in love after giving up on herself. It’s also one of the more traditional country-pop tracks. Following in its footsteps is the sweet “Love Is A Wild Thing” and the empowering “Wonder Woman” but it’s her ballads that win a special part of my heart on this record. The traditional ballads “Mother” and “Rainbow” will have you feeling all emotional while “Happy & Sad” gives you a country-pop spin that will have your heart feeling heavy. The reflective track is heartbreaking and sweet and will have you instantly relating to all those tough feelings. It wouldn't be a country record without some gimmicky tracks and “Velvet Elvis” and “Space Cowboy” deliver those but its “High Horse” that has received the most hype. This disco meets country track is absolutely flawless. It’s so shiny and great and will have you dancing and singing along to it’s catchy hook. It’s the perfect step over the line into the pop world that will open a lot of more doors for her as it’s a bonafide bop. The whole record is an impressive collection of raw emotion and polished production where she doesn't sacrifice the country sound she's established but instead hears her growing and evolving as an artist. And she also may have just claimed the best country album of the year title…
See more from Thomas on his website
DETAILS