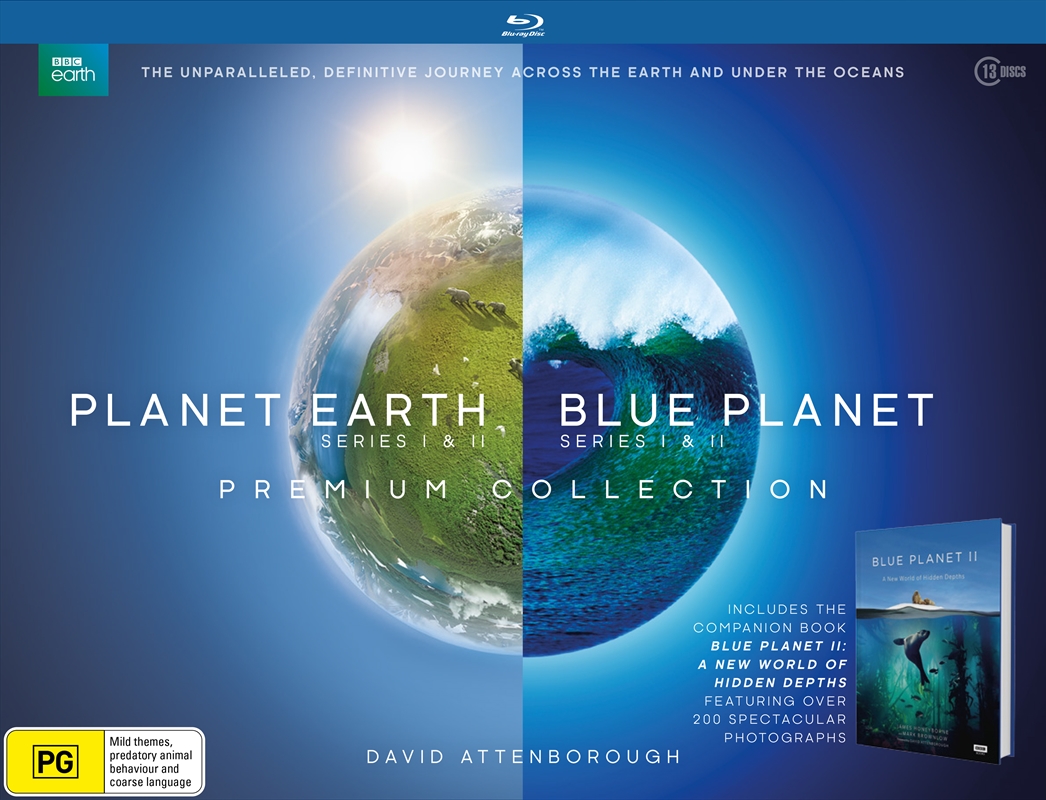 The Unparralleled, Definitive Journey Across The Earth And Under The Oceans.

Planet Earth
From the team behind the multi-award winning The Blue Planet comes this epic series celebrating the Earth as never before. Embracing the world's incredible landscapes and fascination wildlife, Planet Earth takes a definitive look at the diversity of our planet.

Four years in the making, with a budget of unprecedented proportions, Planet Earth has stretched the boundaries of natural history television. High definition photography, revolutionary ultra-high speed cameras and detailed images from the air enabled the series to capture the most amazing footage ever seen.

This stunning television experience combines rare action, unimaginable scale, impossible locations and intimate moments with our planet's best loved, wildest and most elusive creatures. From the highest mountains to deepest rivers, this blockbuster series takes you on an unforgettable journey through the challenging seasons and the daily struggle for survival in Earth's most extreme habitats. Prepare to be overwhelmed by the beauty of Planet Earth.

Planet Earth II
Planet Earth II is an immersive exploration of the jungles, mountains, deserts, islands, grasslands and cities of the world. Journey to the four corners of the globe to discover the extreme forces that shape life in each of these iconic landscapes and experience the world from the viewpoint of animals themselves. From spellbinding wildlife spectacle to intimate encounters, Planet Earth II takes you closer than ever before.

Blue Planet
The Blue Planet is the first ever comprehensive series on the natural history of the world's oceans. Narrated by David Attenborough, the extraordinary images of this marine epic reveal the the sea at its most fearsome and alluring, exposing some of its best kept secrets. Enter a world of breathtaking beauty and discover new species, visit unseen habitats and witness stories of survival never before caught on camera.

Blue Planet II
In recent years, our knowledge of what goes on in our Ocean has been transformed. Blue Planet II uses cutting-edge breakthroughs in science and technology to explore new worlds, reveals astonishing creatures and extraordinary new animal behaviours. As we journey through our deep seas, coral reefs, open ocean, green seas and coasts we share these extraordinary new discoveries. But we now know that ocean health is under threat. Never has there been a more crucial time to explore our remotest seas, and to examine what the future will hold for our blue planet.