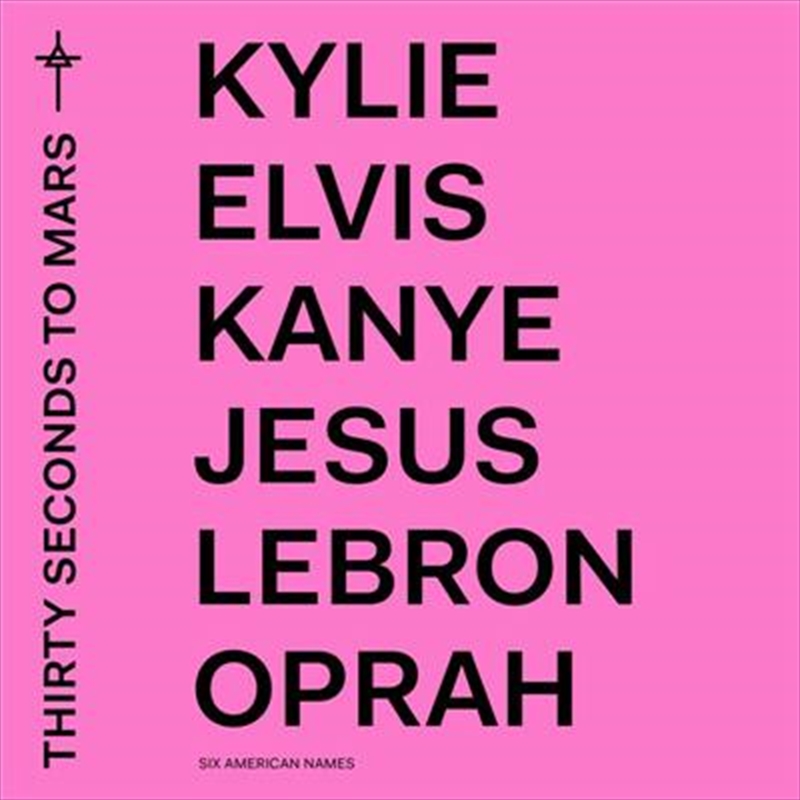 
Please note: There are six different covers available. Covers will be selected at random for each order

They went on to achieve worldwide success with the release of their second album A Beautiful Lie (2005), which sold over 5 million copies. Their next release was This Is War in 2009.
The recording process of the album was marked by a legal dispute with record label EMI that eventually became the subject of the award winning and acclaimed documentary film Artifact (2012). Thirty Seconds to Mars then released the fourth album, Love, Lust, Faith and Dreams (2013), to critical and commercial success.
The band has sold over 15 million albums worldwide and sells out arenas and stadiums globally.

Thirty Seconds to Mars has received numerous awards and accolades throughout their career, including a dozen MTV Awards, a Billboard Music Award and a Guinness World Record for the Longest Running Tour in history.

Review of Thirty Seconds To Mars - America by Thomas Bleach

Thirty Seconds To Mars have been forever chasing that stadium rock sound and with their fifth studio album they are finally getting closer. However the problem with "America" is that it's very predictable and sits within a sonical space where it's very same-same. But it does have its ambitious moments where the potential is there. To chase this bolder sound they experiment with an electronic production that transforms their usual pop-rock. But songs like “Love Is Madness” and “Rescue Me” which should be these big vulnerable moments end up just being overproduced and lost. The issue with Jared Leto is that he comes across so arrogant in the public forum that it's hard to relate to him when he is being vulnerable. Separating his persona to his vocal delivery did prove difficult at times. I wanted to feel empowered when listening to the anthemic “Live Like A Dream” but it felt corny and forced. This is a record which has been created for the live stage and their show will excel because its so high energy and they are phenomenal performers. But as a listening experience its all well thought out production and strategical lyrics and hooks but the genuine heart is missing.
See more from Thomas on his website
DETAILS

8. Hail To The Victor