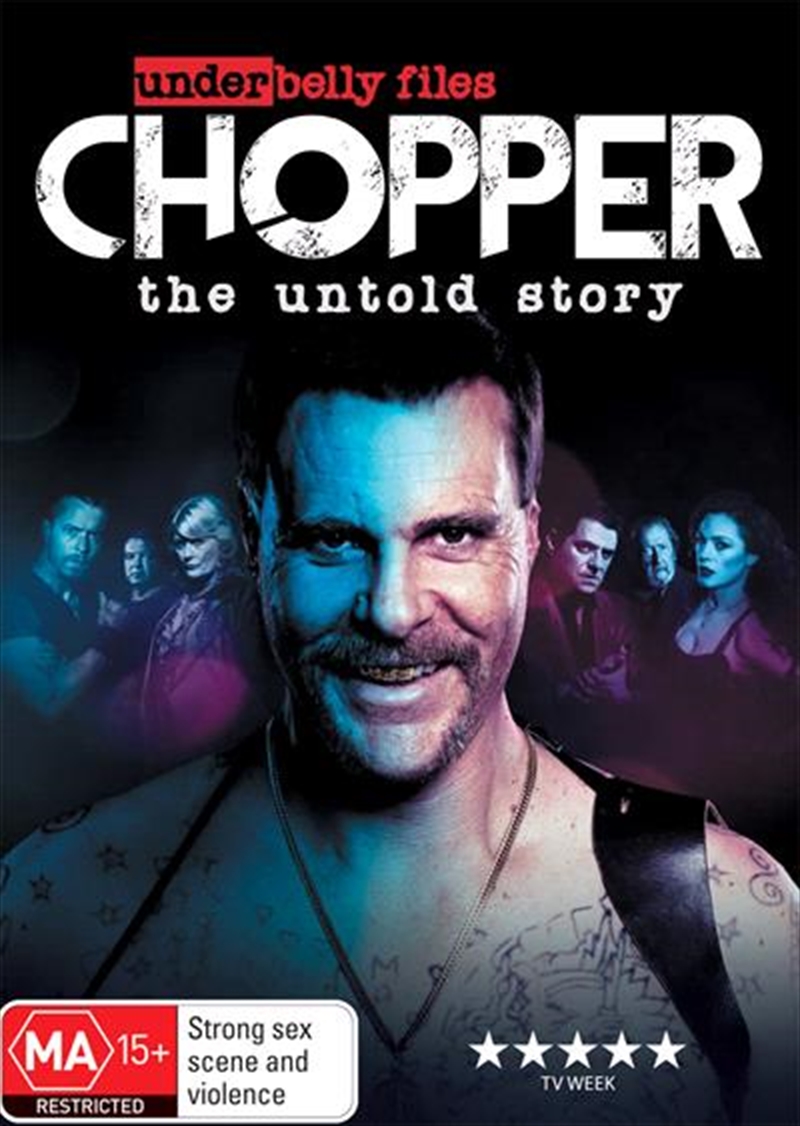 Mark Chopper Read established a reputation of infamy by becoming one of the toughest criminals in Australian history. But in order to secure the affections of the woman he loves, Chopper fights to go straight. Yet the sins of his past, his ego and an ongoing feud with Syd Collins will make his hopes of a straight life a dangerous and near-impossible enterprise. UNDERBELLY FILES: CHOPPER explores the collision of Choppers two competing identities the myth and the man.
DETAILS