Talk Of The Town, The 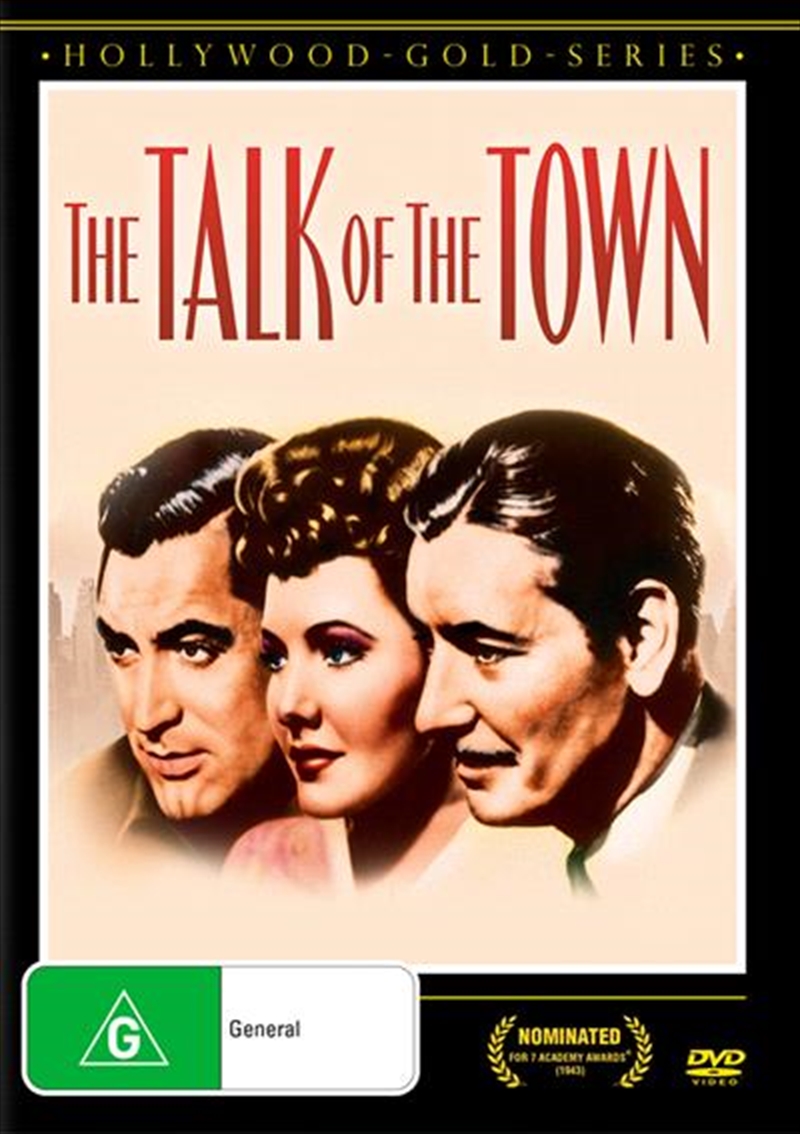 Talk Of The Town, The

DESCRIPTION
Screen comedy so gay... drama so thrilling... love so exciting, it will be the talk of YOUR town!

When a charming fugitive, a beautiful teacher, and a stuffy lawyer are forced to become roommates, their unconventional relationship is suddenly THE TALK OF THE TOWN in this madcap romantic comedy. When accused arsonist Leopold Dilg (Cary Grant) escapes jail, he hides out in the home of friend Nora (Jean Arthur). Posing as a gardener, Dilg teams up with Nora to convince her summer tenant, Supreme Court candidate Michael Lightcap (Ronald Colman, Lost Horizon) that Dilg was framed. The zaniness never stops as the three of them dodge the cops, try to snag the real crooks and discover along the way that both men have fallen for Nora. But who has captured Nora's heart? Find out with THE TALK OF THE TOWN, a sparkling gem from Hollywood's Golden Age of Comedy, nominated for seven Academy Awards including Best Picture.
DETAILS

Title: Talk Of The Town, The