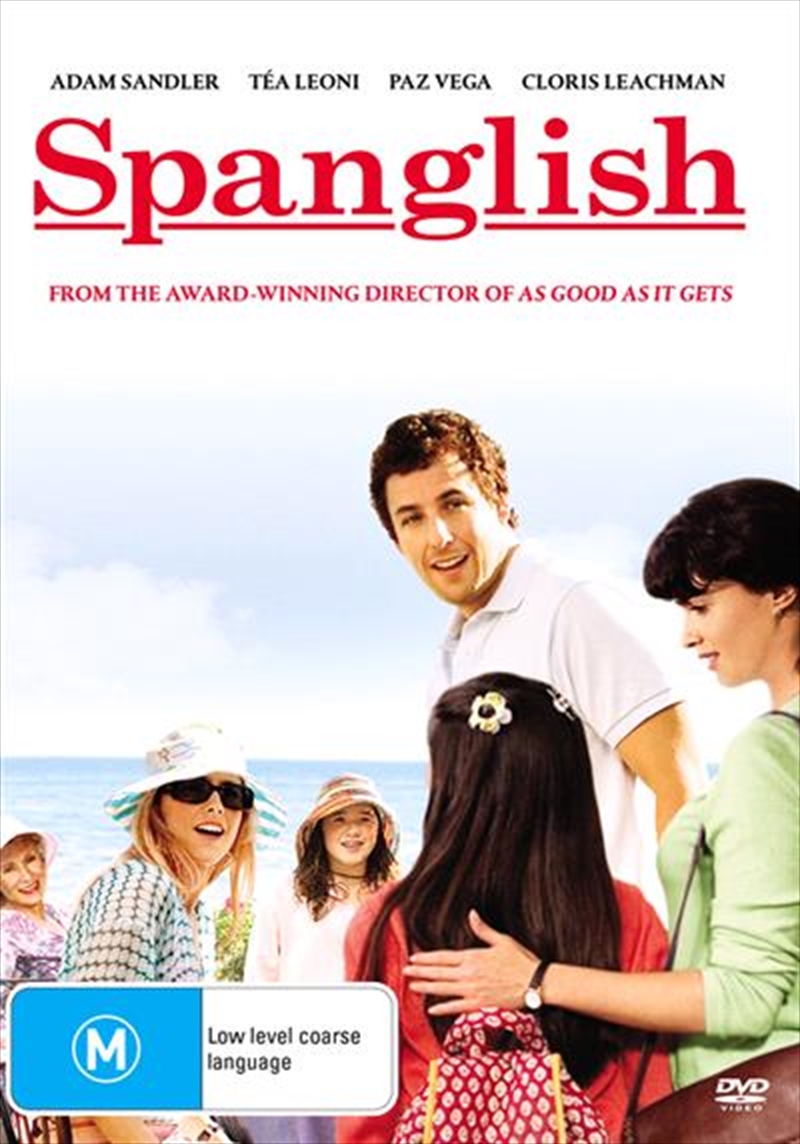 A comedy with a language all its own.

From acclaimed multiple Oscar-winning writer/director/producer James L. Brooks comes the comedy/drama Spanglish- a look at cultures colliding as a beautiful native Mexican woman Flor (Paz Vega), the mother of an equally stunning 12-year-old becomes the housekeeper for an affluent Los Angeles family (Adam Sandler, Tea Leoni and Anne Bancroft). Of all the horrifying pitfalls she worried about in this new culture, Flor had never fathomed the peril of being truly embraced by an upscale American family.
TRAILER
DETAILS