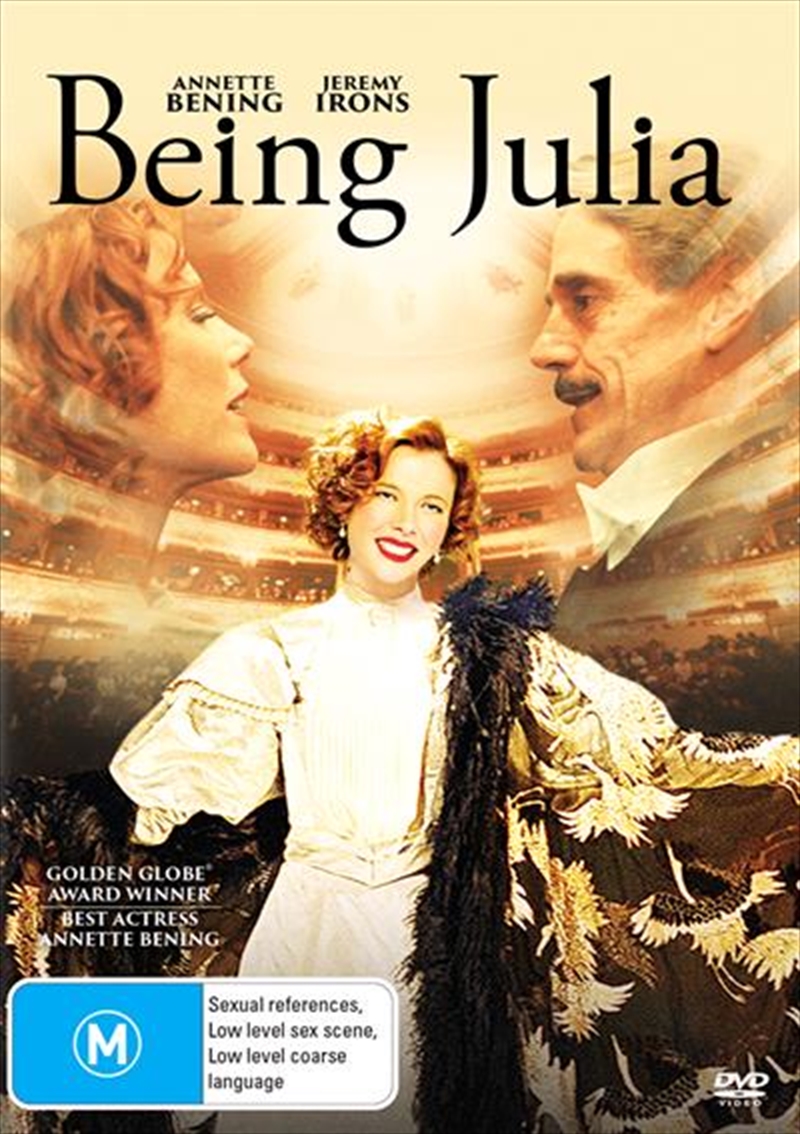 DESCRIPTION
Passion. Obsession. Revenge. Prepare for the performance of a lifetime.

In the role that brought her amazing critical acclaim, an Academy Award nomination, the Golden Globe Award and the National Board of Review Award for Best Actress, Annette Bening plays a beautiful and beguiling actress who finds herself bored with her role as the toast of the town in Being Julia. Julia Lambert (Bening) is a true diva: beautiful, talented, wealthy and famous. She has it all -- including a devoted husband (Oscar winner Jeremy Irons, 1990 Best Actor, Reversal of Fortune) who has masterminded her brilliant career - but after years of shining in the spotlight she begins to suffer from a severe case of boredom and longs for something new and exciting to put the twinkle back in her eye. Julia finds exactly what she`s looking for in a handsome young American fan, but it isn`t long before the novelty fling adds a few more sparks than she was hoping for. Fortunately for her, this surprise twist in the plot will thrust her back into the greatest role of her life -- Being Julia.
TRAILER
DETAILS