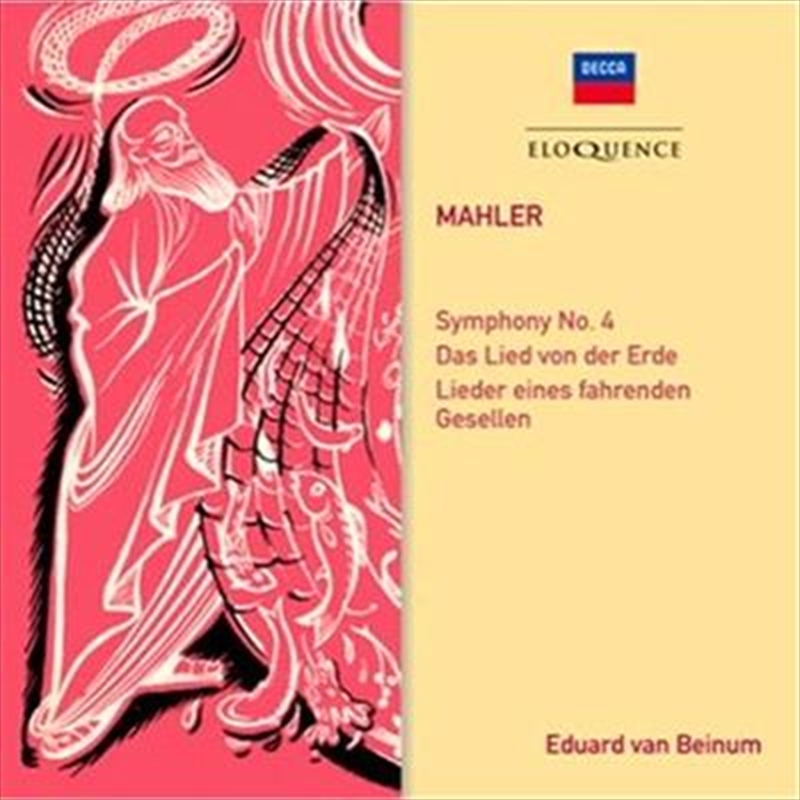 The Royal Concertgebouw Orchestra lays claim to the closest and longest relationship with the music of Mahler. It was a relationship nurtured by the friendship between the composer and the orchestra's second music director, Willem Mengelberg, and one which has endured to this day. Eduard van Beinum succeeded Mengelberg in 1945, and he was a reluctant Mahlerian to begin with, unwilling to step in the footsteps of his predecessor and unnerved by what he saw as the neurotic element in Mahler's music. Nonetheless, as the new and detailed account of Van Beinum's work with this music makes clear in the accompanying booklet, he was never less than a sympathetic and committed interpreter of what he did choose to perform.

In 1946, not long after signing as a Decca artist, he recorded Mahler's formative song-cycle, Lieder eines fahrenden Gesellen, though not in Amsterdam but with the London Philharmonic Orchestra and the Polish mezzo-soprano Eugenia Zareska. Back at home in the Netherlands, there followed in 1952 the Fourth Symphony, Mahler's most Classically formed work and therefore one well suited to Van Beinum's musical temperament. The delicacy and refinement of this recording made it an instant classic, and one reissued on countless budget labels ever since, an instructive counterpoise to Mengelberg's much more extrovert account.

Four years later Van Beinum set down Das Lied von der Erde, another outlier in the composer's output to the extent that the music rewards virtues of reserve and restraint more than traditionally Mahlerian transports of agony and ecstasy. With responsive singing from the tenor Ernst Haefliger and, in particular, the mezzo-soprano Nan Merriman, this recording was also quickly recognised as claiming a very select high ground, occupied at the time only by Ferrier, Walter and the VPO. Merriman was then the soloist for Van Beinum's last Mahler recording, a remake of Lieder eines fahrenden Gesellen. All four recordings are now compiled together on Decca for the first time.

Symphony No. 4 in G major