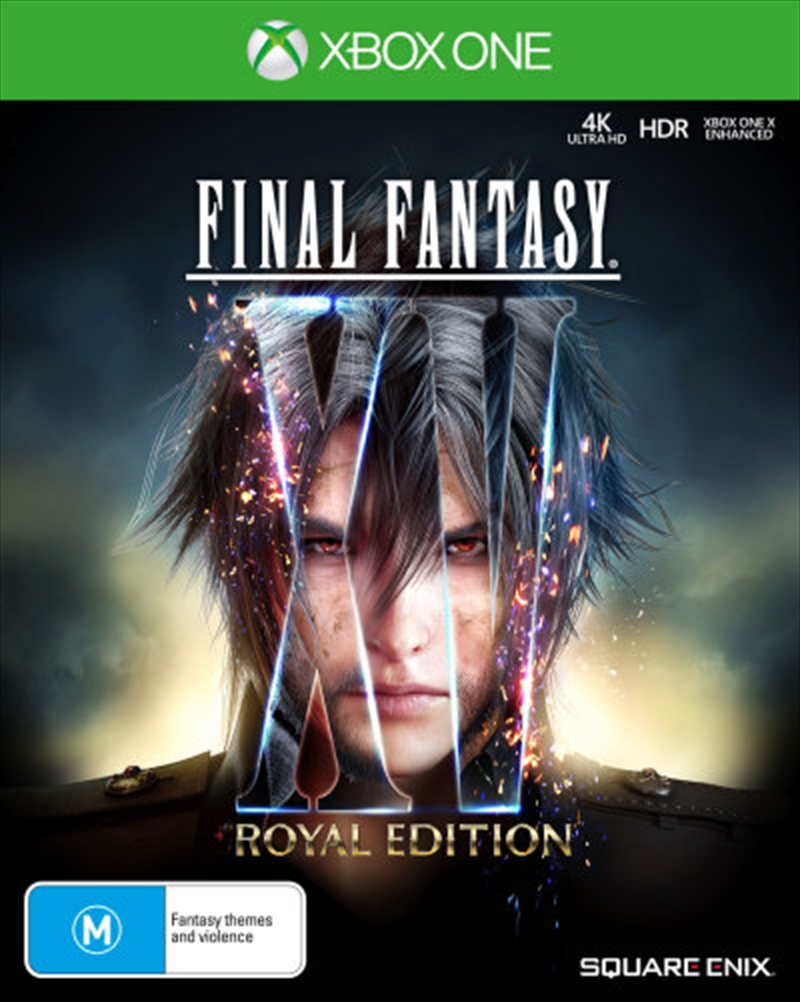 Enroute to wed his fiancee Luna on a roadtrip with his best friends, Prince Noctis is advised by news reports that his homeland has been invaded and taken over under the false pretence of a peace treaty - and that he, his loved one and his father King Regis, have been slain at the hands of the enemy.

To gather the strength needed to uncover the truth and reclaim his homeland, Noctis and his loyal companions must overcome a series of challenges in a spectacular open world - that is filled with larger-than-life creatures, amazing wonders, diverse cultures and treacherous foes.


Expanded Map: Insomnia City Ruins - all-new side quests and enemies such as Cerberus and Omega will be available through the expanded map of the Crown City of Insomnia. Players can also take on a battle with the Rulers of Yore

A fully-controllable Royal Vessel boat, expanding the world of Eos and allowing players to explore the area between Cape Caem and Altissia. Players will also be able to fish aboard the vessel and discover new fish and recipes

More than a dozen pieces of downloadable content including weapons, Regalia car skins and item sets

Archive - players can review the "Cosmogony" stories scattered throughout the FINAL FANTASY XV world. Additional local myths and legends will also be placed in various new locations. Through them, players will be able to obtain more information about the world


Engage In Action-Packed Battles: Customise your array of weapons and use each character's unique assists in an exciting real-time battle system, that is both user-friendly and with depth to explore. Warp around the battlefield landing tactical strikes, special moves and conjure ever-more-powerful spells, as your party progresses in its experience.

Embark On A Journey Without Limits: Take the wheel and drive from the capital to the back roads with your best friends, or venture out on foot to discover a vast landscape of teeming wildlife, dangerous caverns and living cities full of adventure.

Experience Unbreakable Bonds: As Noctis, feel connections strengthen as you and your friends grow closer along the journey. Reclaiming ones homeland relies on strength and courage, and most importantly togetherness. Perform powerful cooperative moves in battle and revel in the teamwork displayed by Noctis and his friends.