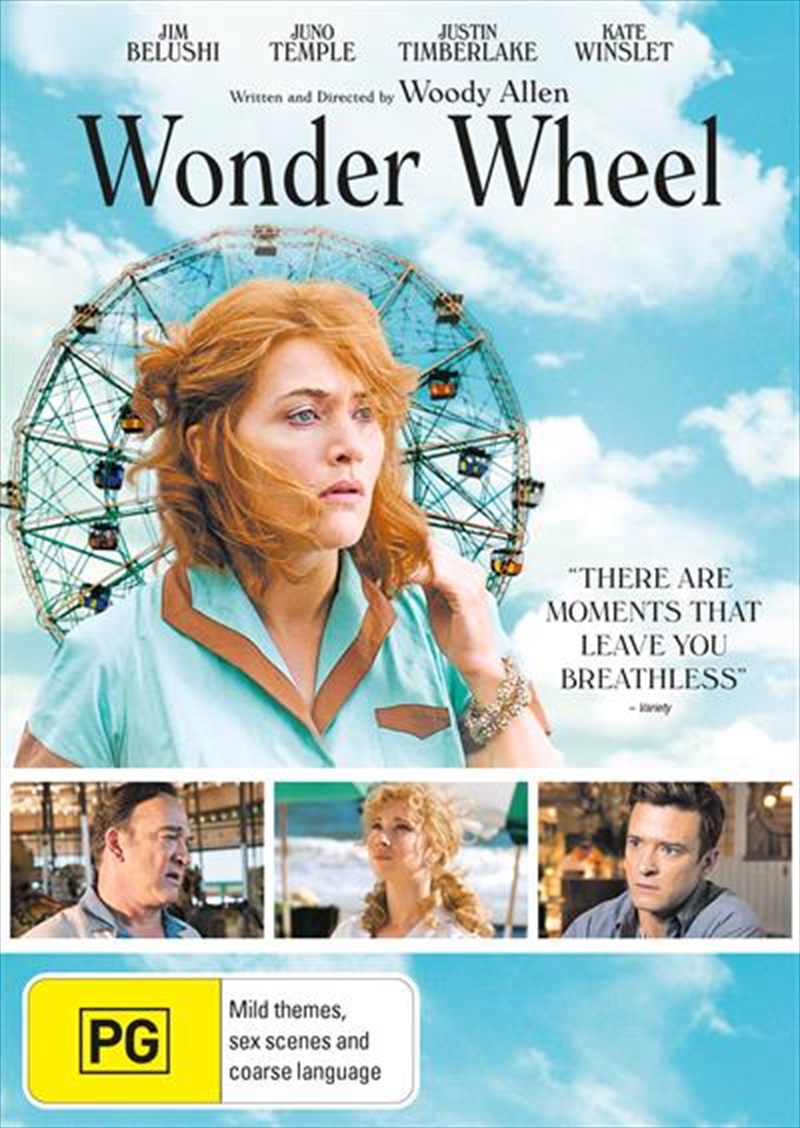 On Coney Island in the 1950s, a lifeguard tells the story of a middle-aged carousel operator and his beleaguered wife. The story of four characters whose lives intertwine amid the hustle and bustle of the Coney Island amusement park in the 1950s: Ginny, an emotionally volatile former actress now working as a waitress in a clam house; Humpty, Ginnys rough-hewn carousel operator husband; Mickey, a handsome young lifeguard who dreams of becoming a playwright; and Carolina, Humptys long-estranged daughter, who is now hiding out from gangsters at her fathers apartment.
TRAILER
DETAILS