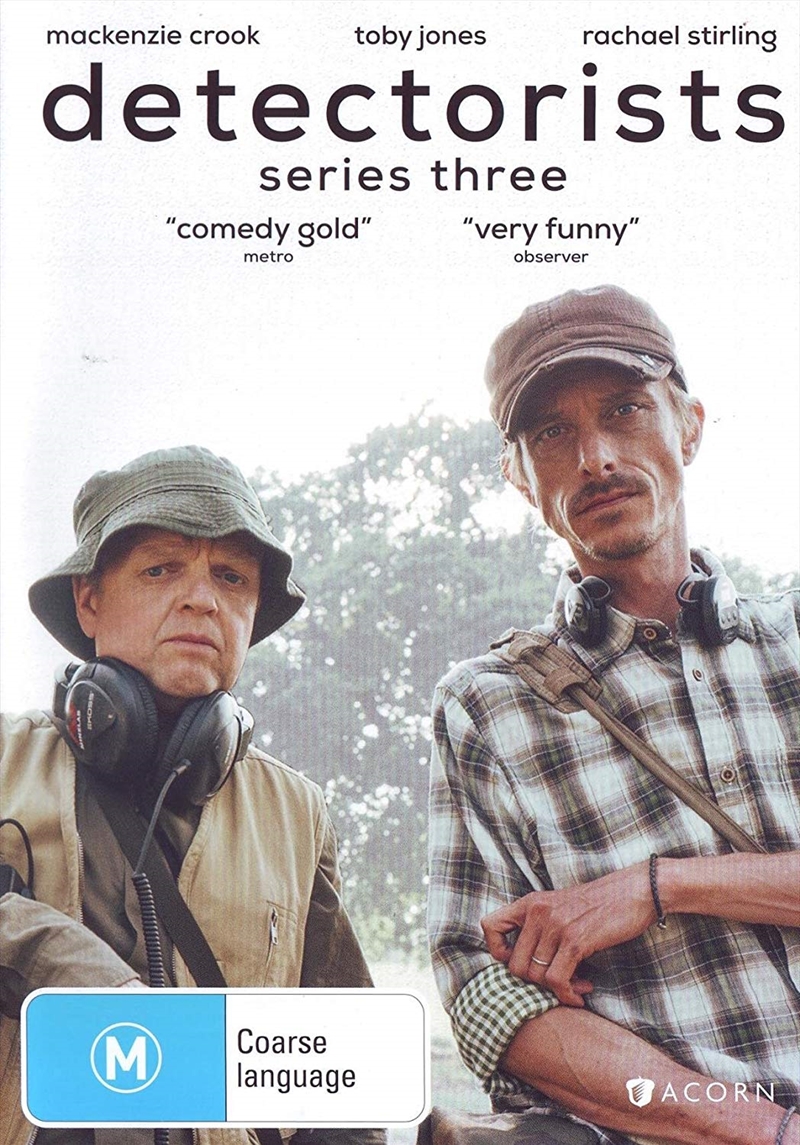 A comedy treasure about metal detectorists

The award-winning detectorists' returns for a third series as we follow in the footsteps of Andy (Mackenzie Crook) and Lance (Toby Jones), two friends sharing a devotion to metal detecting. With their eyes on a particular plot of land, they dream of the one find which would bring history to life and change their lives in the process.

Having returned from Africa, Andy and Becky (Rachael Stirling) have moved in temporarily with her mother (Diana Rigg) with all the challenges that come with the territory. Lance is trying to kick-start his relationship with Toni (Rebecca Callard), but her living on a barge makes him queasy and his daughter staying at the flat leaves it all rather precarious with none of this being helped by the re-appearance of his ex-wife. Meanwhile Lance and Andy's search for gold continues as they face enemies old and new. This delightful comedy continues to unearth the hidden depths of those who call themselves detectorists'.