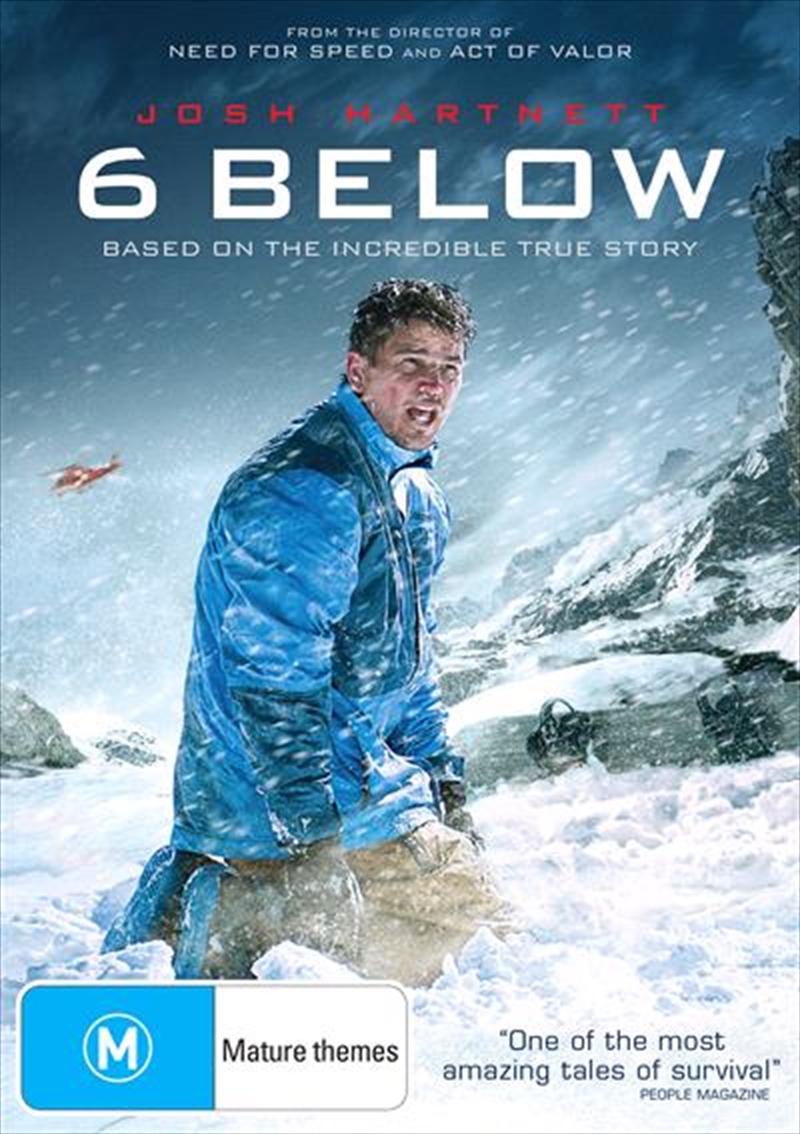 Eric LeMarque is a former Olympian and thrill-seeking snowboarder with a weight of personal demons on his back. When he gets lost in a massive winter storm in the back country of the Sierra Nevada Mountains, he is pushed to the limit of human endurance. Facing hypothermia, starvation, dehydration, withdrawal, frostbite and wild wolves, he fights against the worst the elements can throw at him as he faces his fears and death head on. Featuring tour-de-force performances from Josh Hartnett (TV's Penny Dreadful) and Oscar winner* Mira Sorvino, 6 BELOW delivers a chilling assault on the senses and a remarkable story of survival against all odds.