Bumper: The Life and Times of Frank 'Bumper' Farrell 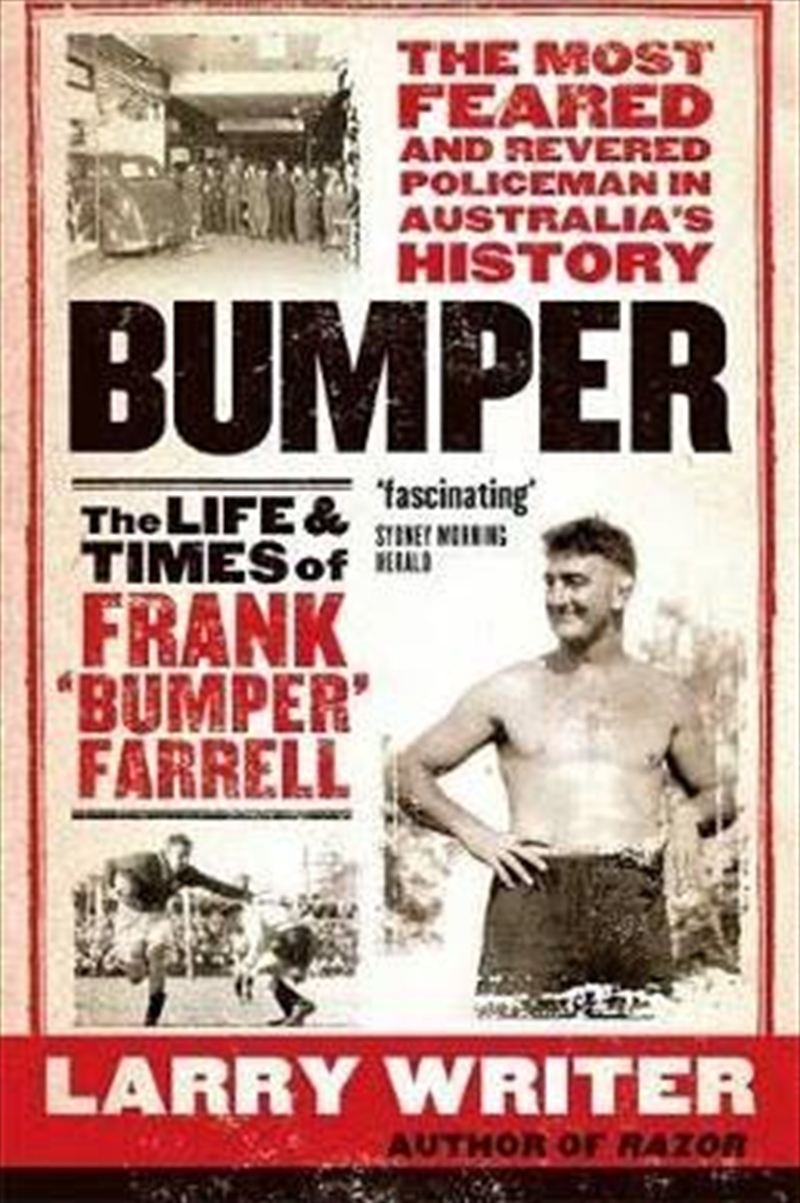 Bumper: The Life and Times of Frank 'Bumper' Farrell

Shipping - See delivery options.
Postcode:
Quantity:
SEE MORE IN:
Biographies
DESCRIPTION
The sprawling saga of legendary Australian cop, Bumper Farrell, the most feared and revered policeman in Australia's history.Frank 'Bumper' Farrell was the roughest, toughest street cop and vice-squad leader Australia has ever seen. Strong as a bull, with cauliflowered ears and fists like hams, Bumper's beat from 1938 to 1976 was the most lawless in the land - the mean streets of Kings Cross and inner Sydney. His adversaries were such notorious criminals as Abe Saffron, Lennie McPherson, Tilly Devine and Kate Leigh and their gangs as well as the hooligans, sly groggers, SP bookies, pimps and spivs.Criminals knew just where they stood: he would catch them, he would hurt them, and then he would lock them away. He was a legendary Rugby League player for Newtown, and represented Australia against England and New Zealand.Here's Bumper Farrell in brutal, passionate and hilarious action . . . saving Ita Buttrose from a stalker; sparking a national scandal when accused of biting off a rival player's ear; beating Lennie McPherson so severely the hard man cried; single-handedly fighting a mob of gangsters in Kings Cross and winning; terrorising the hoons who harassed the prostitutes in the brothel lanes by driving over the top of them; commandeering the police launch to take him to his beach home, diving overboard in full uniform and catching a wave to shore; dispensing kindness and charity to the poor.Bumper Farrell: lawman, sportsman, larrikin . . . legend.
DETAILS

Title: Bumper: The Life and Times of Frank 'Bumper' Farrell