Sin And The Sentence 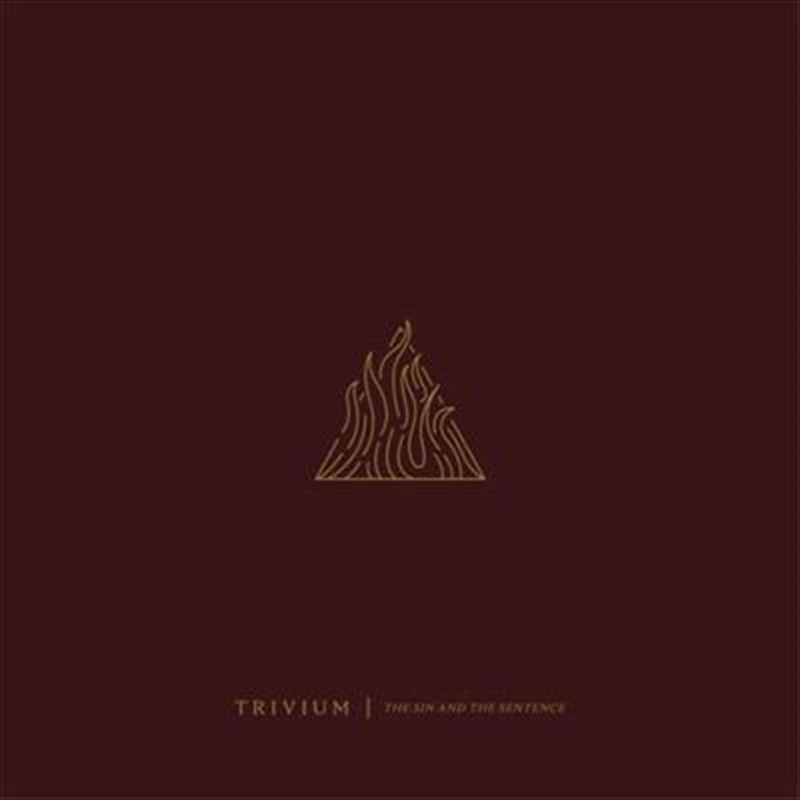 Sin And The Sentence

Trivium Sin And The Sentence CD

Recorded with producer Josh Wilbur (Lamb of God, Gojira) at Santa Ana, California’s Hybrid Studios, The Sin and the Sentence finds Trivium – Matt Heafy (lead vocals, lead guitar), Corey Beaulieu (guitar, vocals), Paolo Gregoletto (bass) and Alex Bent (drums) – returning with their first new music since their celebrated 2015 LP, Silence in the Snow. The new LP also features the band’s first recordings with new drummer Bent who joined the band last year. Earlier this summer Trivium debuted the album’s incendiary title track, The Sin And The Sentence, the official music video for which has amassed over 1.5 Million views in just three weeks. “Trivium have come roaring back,” declared Loudwire adding, “The Sin And The Sentence combines a truckload of classic Trivium dynamics to create something fresh.”

Just two years ago, Trivium made a stunning impact with SILENCE IN THE SNOW, arriving at #3 on Billboard’s “Hard Rock Albums” chart and #19 on the overall Billboard 200 and #7 on the ARIA chart, marking Trivium’s fourth consecutive Top 10 debut in Australia.

Trivium catapulted into the first ranks of modern metal with 2004’s Roadrunner debut, Ascendancy which was named “Album of the Year” by Kerrang! 2006’s The Crusade incorporated new melodic colors into the band’s sound, resulting in widespread critical applause and a top 25 Billboard 200 debut. Shogun followed two years later and received even greater acclaim and chart success, including a #4 ARIA chart debut and #1 debut on the UK’s Rock Albums Chart. In 2011, In Waves hit #9 on the ARIA chart and #1 on Billboard’s “Hard Rock Albums,” with a stunning top 15 debut on the overall Billboard 200. Two years later, Vengeance Falls arrived at # 8 on the ARIA chart and #2 on Billboard’s “Hard Rock Albums” chart. The band has also built a loyal live following in Australia, with numerous appearances as part of the Soundwave Festival and Big Day Out as well as their own headlining tours.
DETAILS

Title: Sin And The Sentence

1. The Sin And The Sentence

4. The Heart From Your Hate

9. Beauty In The Sorrow

11. Thrown Into The Fire