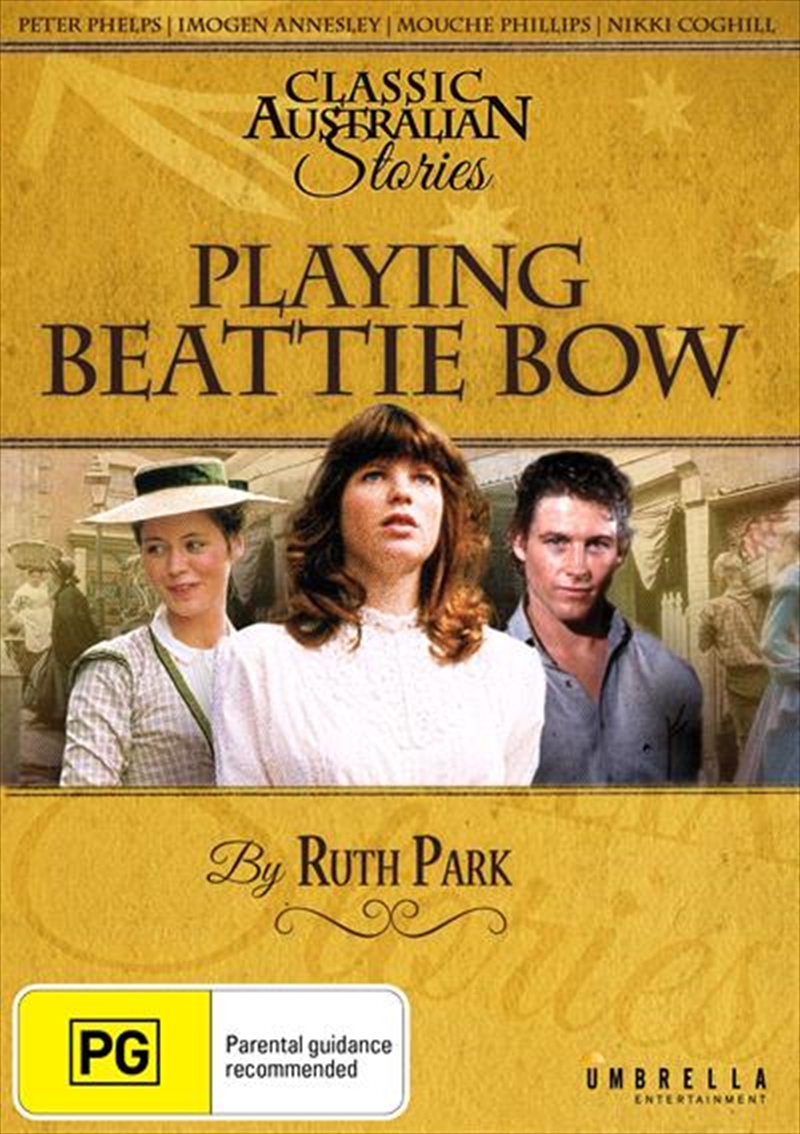 DESCRIPTION
Based on the Prize Winning novel by Ruth Park...

Abigail Kirk was an ordinary enough sixteen-year-old growing up in Sydney, 1986. An intriguing chain of events finds Abigail, through some eerie time shift, transported back 100 years after watching some children play a scarygame called Beatie Bow.Confused and lost, all Abigail knew for sure, was that Beattie Bow's family wouldn't let her go home again. Why not? Why did they call her 'The Stranger'? And what was 'The Gift' they were all talking about in whispers?
DETAILS