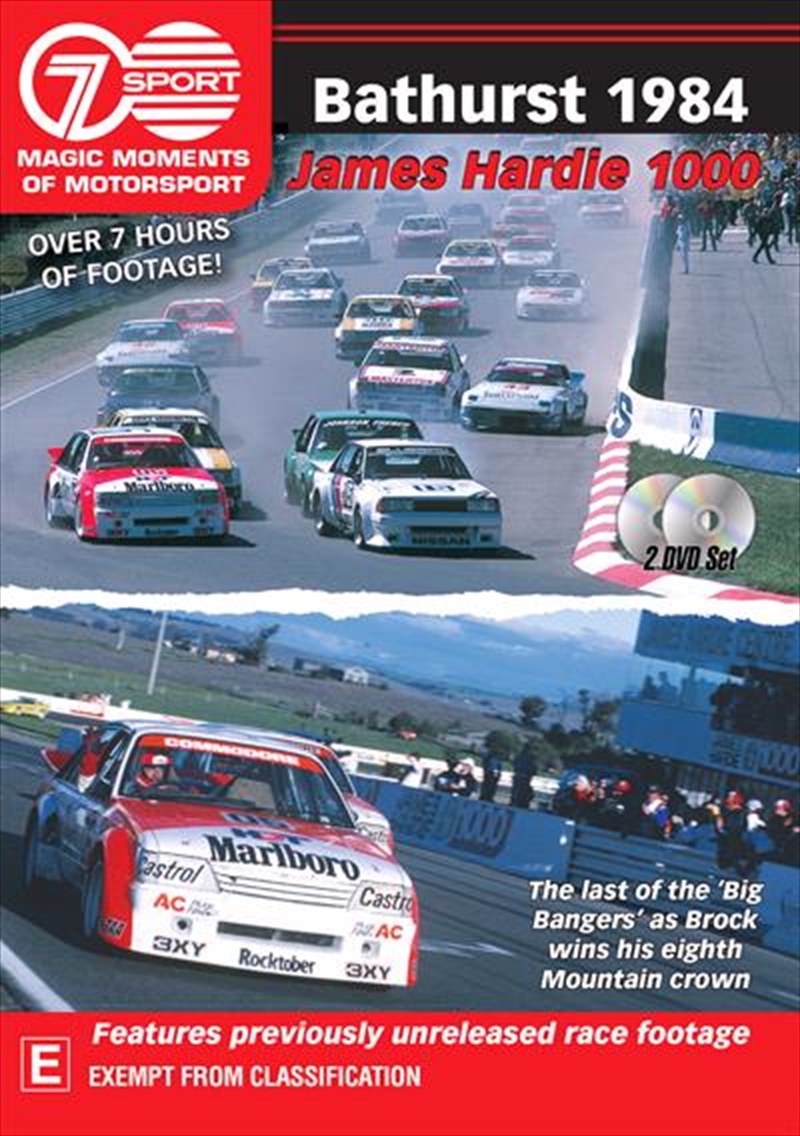 DESCRIPTION
The last of the Big Bangers as Brock wins his eighth Mountain crownIn what was their final blast around Mount Panorama, the big-winged and big-wheeled Group C touring cars produced a 1984 James Hardie 1000 of epic proportions. The action began from the flag-drop when a dramatic start-line pile-up blocked the track and the race had to be restarted. Pole-sitter George Fury in had set a record lap to take pole position in his Nissan Bluebird Turbo, yet Peter Brocks Commodore was able to capitalise on the restart and settle into a comfortable lead. Allan Grices Roadways Commodore and Dick Johnsons V8 Falcon proved to be Brocks main threats and the lingering presence of Allan Moffat in the giant-killer rotary Mazda RX-7 was also a challenge not to be dismissed.In the end it was the professionalism and experience of the factory Holden Dealer Team that shone through, Brock and co-driver Larry Perkins sealing an historic 1-2 form finish result clear of teammates John Harvey/David Parsons.For the first time Chevron is releasing this popular race in full with the entire race day telecast included.Relive this great era of Australian motor racing when the big bangers took to the Mountain for the very last time.
DETAILS