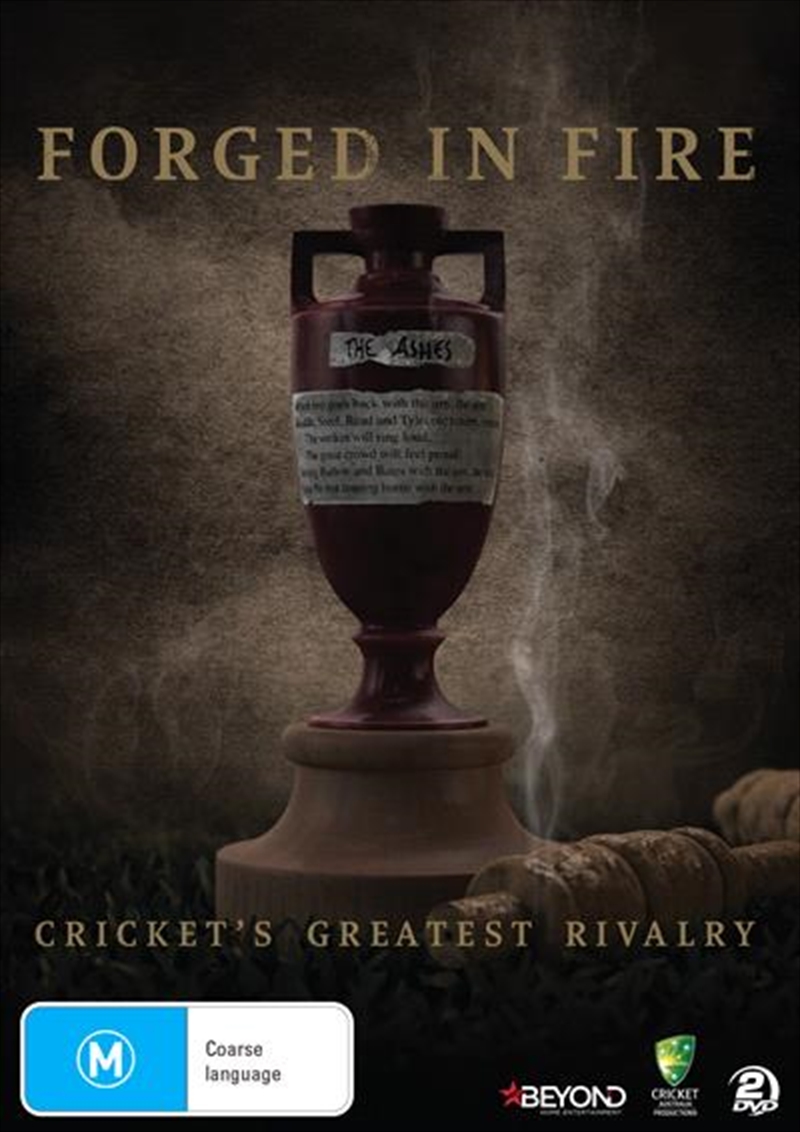 It’s the game that divides and unites both nations. For over 130 years, England and Australia have played out a unique cricketing competition. Contested roughly every two years, the two nations compete for one of the most famous, and diminutive, trophies in sport – the Ashes urn.

Featuring candid and uncensored interviews with many of the key protagonists from the last 50 years of sport’s greatest rivalry, FORGED IN FIRE chronicles the moments and memories, key battles and back-stories, that has made this fierce cricketing contest so special over so many years.

From the bone-jarring series of 1974-75, when Australian pace spearheads Dennis Lillee and Jeff Thomson were unleashed on unsuspecting England batsmen, to Australia’s breakthrough 1989 victory which ushered in a new era of dominance, and the drought-breaking 2005 series in England – regarded by many as the greatest Ashes battle in history – this compelling documentary from acclaimed filmmaker Peter Dickson delves deep into the rich history of The Ashes.