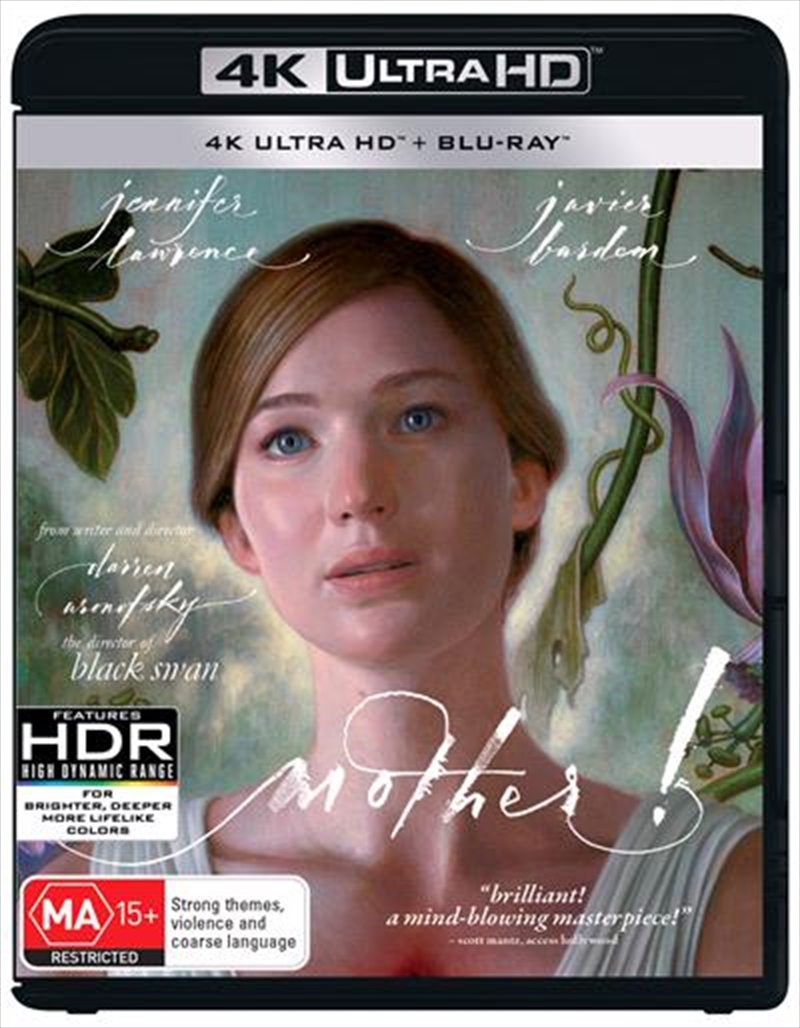 A couple's relationship is tested when uninvited guests arrive at their home, disrupting their tranquil existence.

As a Darren Aronofsky film, mother! was never going to be your everyday run of the mill movie-going experience, but Aronofsky’s passion project with his at-the-time partner Jennifer Lawrence was a truly polarizing experience upon release, that ended up being the acclaimed director’s biggest box office bomb that many average cinema-goers and some esteemed critics took a passionate disliking to. < / br>

Month’s on from its initial release and with a divide between the fan’s and the hater’s, watching mother! is an interesting experience as Aronofsky’s metaphorically heavy and often head-scratching bizarre film is a beautiful, unique and sometimes mesmerizing experience that is most certainly not the horror in a creepy house film that much of the films initial advertising made it out to be.

Taking place entirely in the renovated house of Jennifer Lawrence and Javier Bardem’s couple who find themselves harboring an increasingly large number of unwanted guests after Ed Harris’s mysterious doctor arrives at the doorstep with his wife played by Michelle Pfeiffer in tow.

Saying too much more about mother’s! story would be giving away too much, but Aronofsky cares little about moving thing’s along quickly or giving the audience easy answers to the oddities occurring within the walls of this untypical abode, with his film suffocating you within its tight confines as things take increasingly shocking turns towards a final stanza that will leave many viewers in a state of feature film trauma.

Likely to be discussed for year’s still to come and a candidate for future discoveries where many may call Aronofsky’s curious event a masterpiece of sorts, mother! is a film like none you’ve ever seen before and a film with moments of greatness and equally terrible portions of unintentionally poorly executed scenarios.
See more from The Movie Guys on their website