Trip To Spain, The 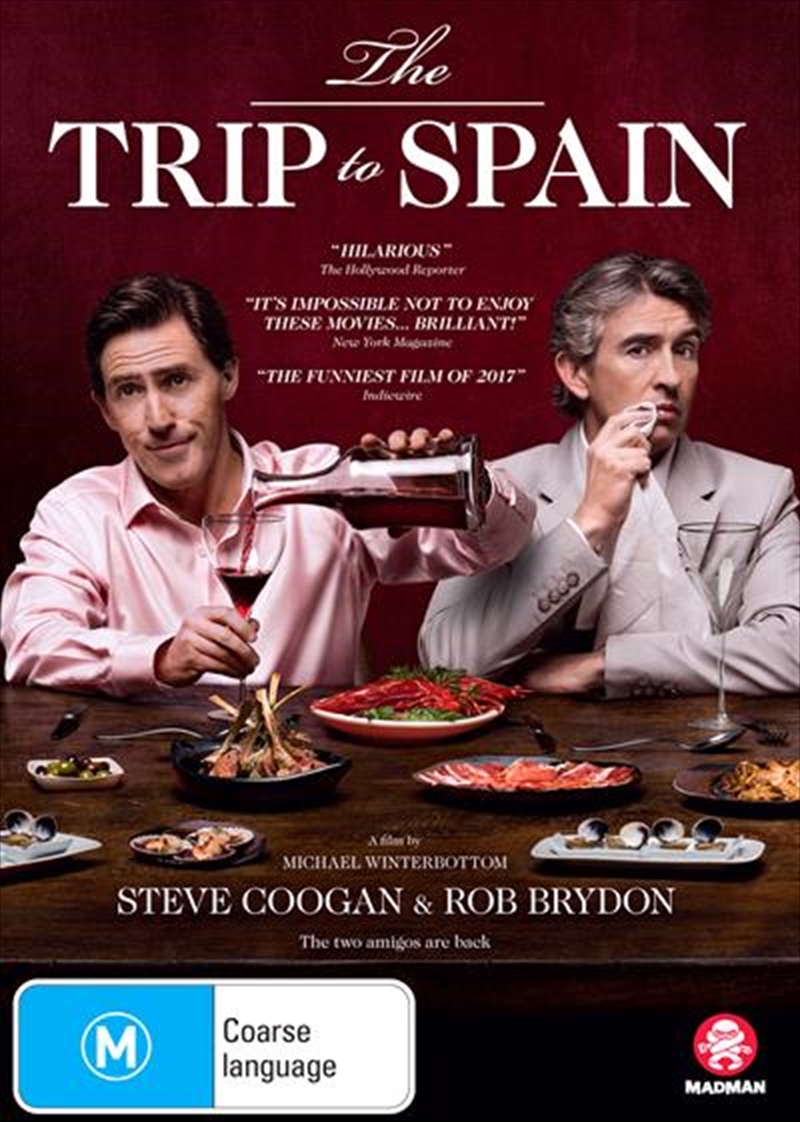 Trip To Spain, The

Rob and Steve are back. Six meals in six different places on a road trip through Spain from the North Atlantic to the Mediterranean coast- visiting Cantabria, the Basque region, Aragon, Rioja, Castile La Mancha and ending in Andalucia. Steve, now turned 50, is still chasing love - he wants to get back together with his ex-girlfriend Mischa, but she is with another man. Robs acting career is going from strength to strength, his family life is fulfilling he has had another child since Steve last saw him. Steve has just starred as a chef in a US TV series and is asked to do a set of restaurant reviews in Spain to publicise the show. As usual Rob will write the newspaper articles, this time using Don Quixote as inspiration. Meanwhile Steve is hoping to write a more ambitious book based on this trip and his earlier experiences in Spain. He imagines himself in the tradition of writers such as Orwell, Hemingway, and Laurie Lee. After all, Steve is now an Oscar nominated writer.

Title: Trip To Spain, The