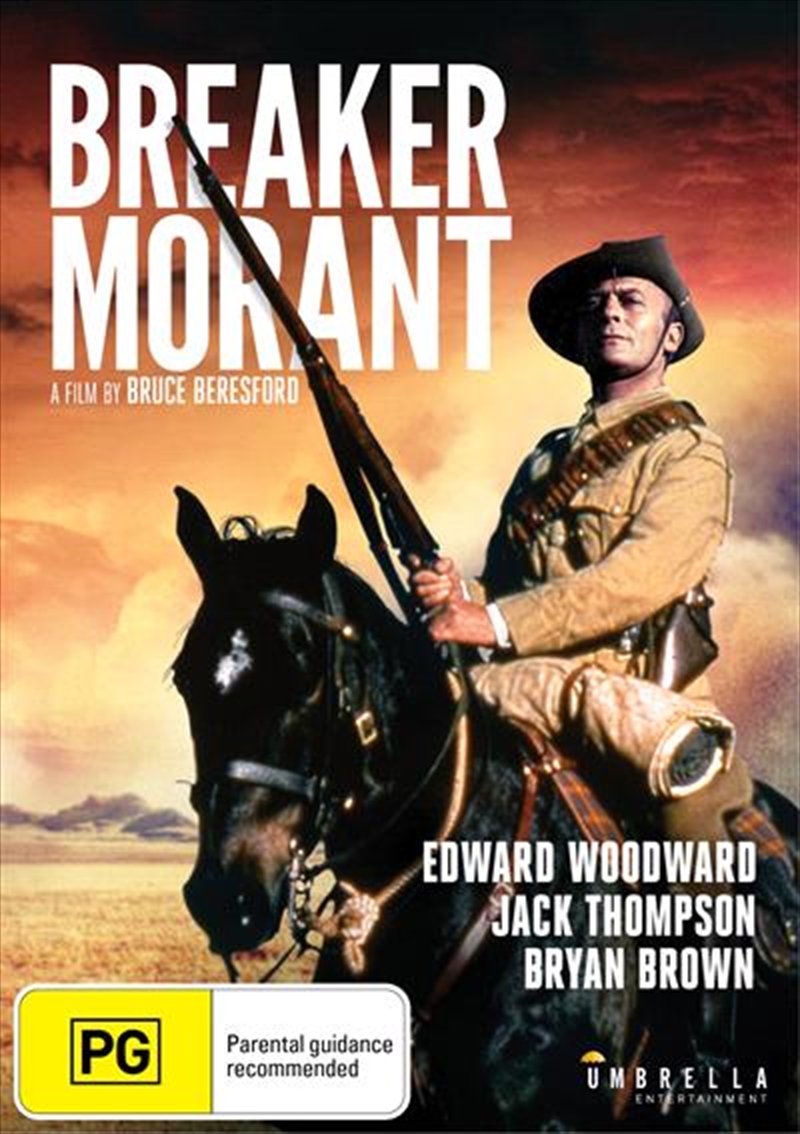 Shipping - See delivery options.
Postcode:
Quantity:
SEE MORE IN:
3 for $30 Movies & More
When they speak of heroes - of villains - of men who look for action, who choose between honor and revenge - they tell the story of Breaker Morant

South Africa, 1901. The British war against the Boers has deteriorated into bitter guerrilla warfare. A unit of the Bushveldt Carbineers, made up mostly of Australians, is ordered by British High Command to fight the Boer on its terms and take no prisoners; an order which will prove fatal to a man they call "the Breaker" - Lieutenant Harry Morant. Based on a true story, this classic Australian motion picture of injustice and the horror of war has swept the world to become one of the most acclaimed Australian movies ever made...