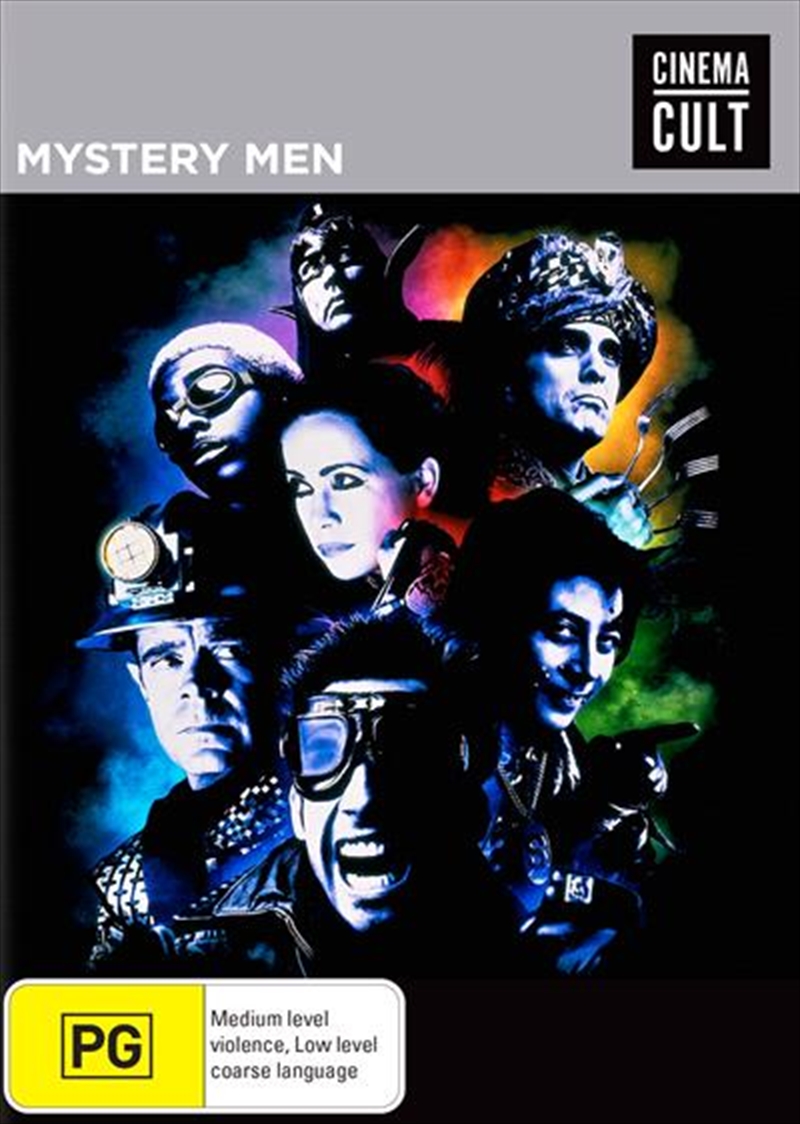 DESCRIPTION
The hippest cast in history has united to become the funniest superhero team ever. Ben Stiller, Janeane Garofalo, Hank Azaria, William H. Macy, Greg Kinnear, Geoffrey Rush, and Paul Reubens join forces in this wild, funny and thoroughly original misadventure. When Captain Amazing, Champion City's legendary superhero, falls into the hands of the evil mandman Casanova Frankenstein and his disco-dancing henchmen, there's suddenly a chance for the aspiring superheroes to show what they can do. They're the Mystery Men...a ragtag team of superhero wannabes featuring: Mr. Furious, whose power comes from his boundless rage; The Shoveler, a father who shovels "better than anyone"; The Blue Raja, a fork-flinging mama's boy; The Bowler, who fights crime with the help of her father's skull; The Spleen, whose power is pure flatulence; Invisible Boy, who's only invisible when no one's watching and The Sphinx, a clich-spewing philosopher. With its outrageous adventure, incredible cast and hip alternative humour, Mystery Men is so irresistably funny and appealing, seeing it just once will never be enough.
TRAILER
DETAILS