An Inconvenient Sequel: Truth To Power 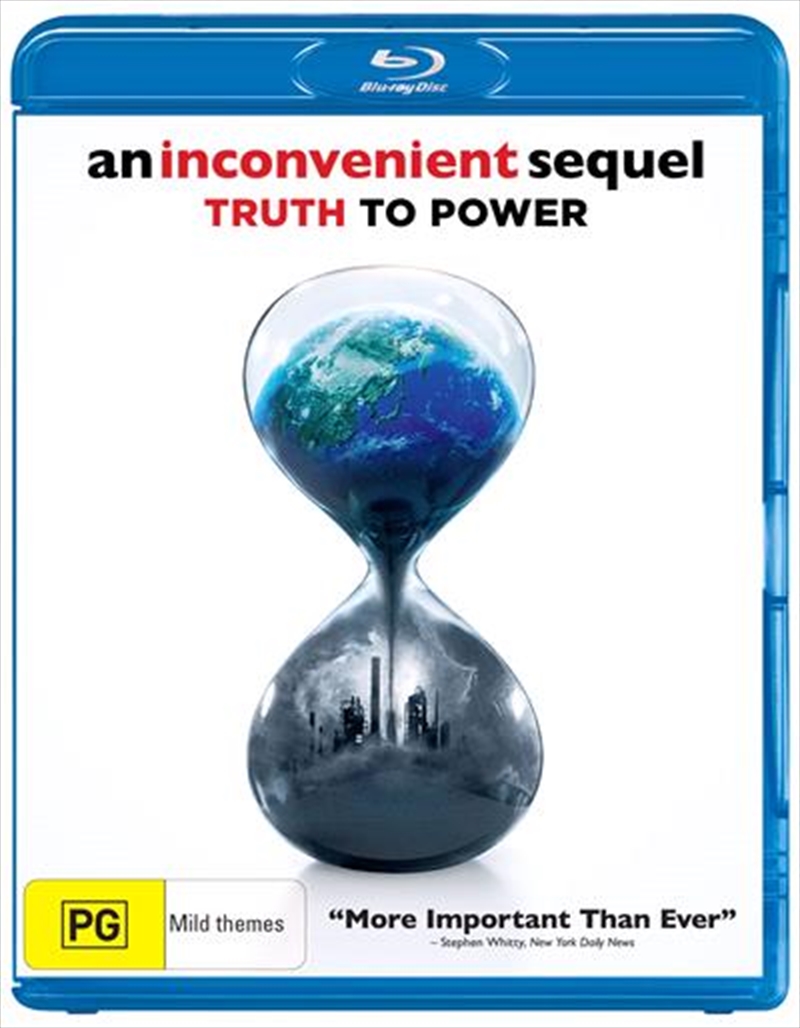 An Inconvenient Sequel: Truth To Power

DESCRIPTION
<H3>Buy An Inconvenient Sequel: Truth To Power on Blu-ray</h3>
Fight Like Your World Depends On It

A decade after An Inconvenient Truth brought climate change into the heart of popular culture comes the follow-up that shows just how close we are to a real energy revolution.

Review of An Inconvenient Truth Documuentary by Eddie @ The Movie Guys

The Oscar winning An Inconvenient Truth created a huge stir around the world upon its release in 2006.
Unleashed upon the movie going public at a time where Climate Change/Global Warming was just starting to gain everyday notice, should’ve been president and one time vice-president Al Gore’s film was an insightful and debate raising documentary that appeared at the right place and the right time.
Fast-forward to 2017 and this sequel, that perhaps wasn’t exactly being cried out for or demanded hit our screens and now home viewing arenas to mixed results, both financially and critically but despite not carrying the same power or drive as Gore’s first call to arms, An Inconvenient Sequel: Truth to Power is still a thought provoking experience even if it lacks a real central driver.
At times feeling a bit aimless in its nature, its key that Gore is still such a captivating and inspiring figure, as whenever he is on screen this documentary rides off the back of the great public speaker whose passion and commitment to making a difference is to be commended and a cause you can easily respect no matter your views on the topic he is preaching around the world.
No matter where Gore is on stage or where he is intervening, the one-time big-wig of American politics is a captivating figure.
If there was a real true driver to this film that is more a fly on the wall experience as we journey with Gore and his team from various locations, delivering the climate change message, it’s the key part Gore played in the 2016 climate change summit in Paris and how the well-respected figure used his clout and contacts to help make things happen at the summit that may never have come to fruition without his help and guidance.

Final Say –
While unquestionably lacking the power of the original, An Inconvenient Sequel is still a stark reminder of how our planet is heading towards some hugely important moments in existence and a further reminder to the United States on what they missed out on when George W. Bush was first elected in 2000.

See more from The Movie Guys on their website
TRAILER
DETAILS