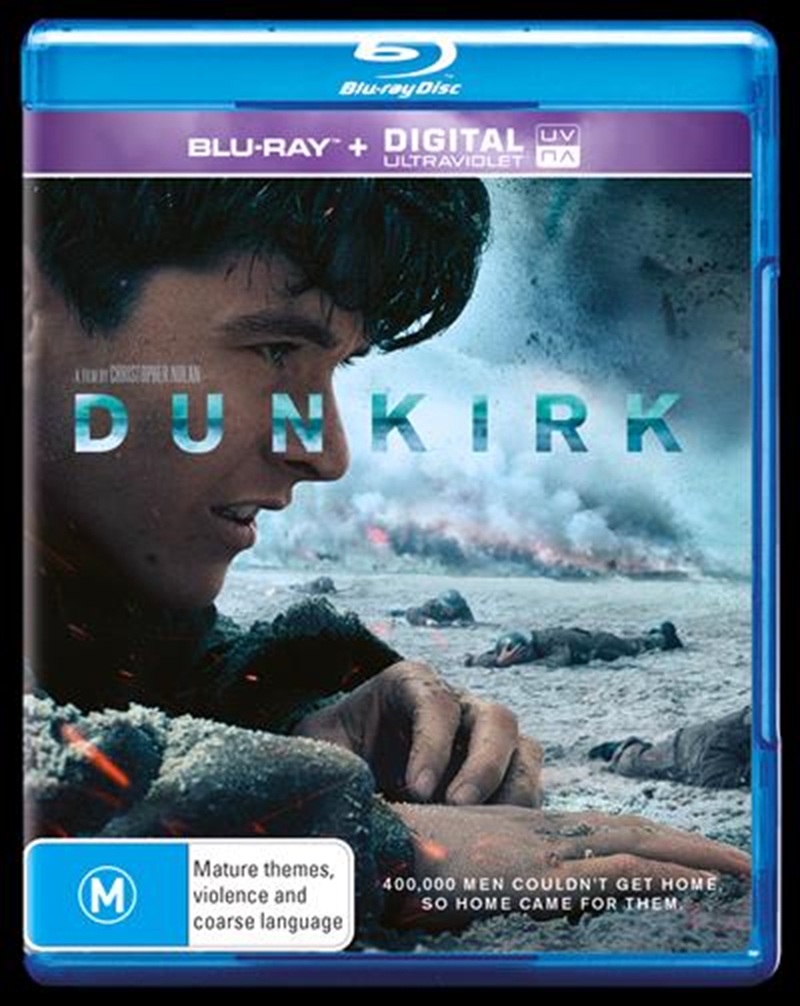 In May 1940, Germany advanced into France, trapping Allied troops on the beaches of Dunkirk. Under air and ground cover from British and French forces, troops were slowly and methodically evacuated from the beach using every serviceable naval and civilian vessel that could be found. At the end of this heroic mission, 330,000 French, British, Belgian and Dutch soldiers were safely evacuated.

Dunkirk is yet another masterpiece from the brilliant director Christopher Nolan. From the moment this film starts to its very end you jump right into the lives of the British soldiers of World War Two. Not a lot of dialogue but a very thought out plot that follows three different groups of characters as they manoeuvre the battlefield and escape ever growing threat of the enemy. A lot of moments filled with suspense and awe, best to turn your sound system right up for this one! .