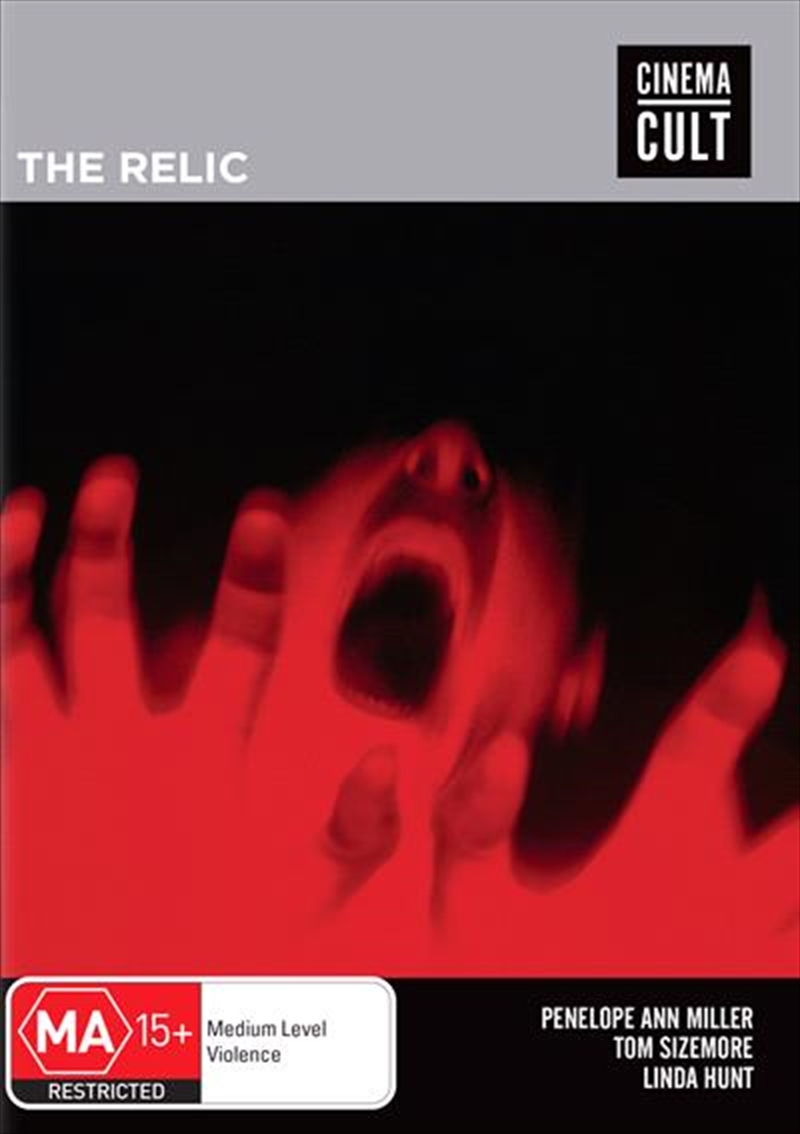 DESCRIPTION
A mind is a terrible thing to waste... Especially if you're really hungry

A South American tribe allows Anthropologist John Whitney to participate in one of their rituals. Shortly after, Whitney desperately tries to stop crates headed to Chicago's Natural History Museum from leaving port. Six weeks pass. Whitney is missing and the only clue to his disappearance are the crates that contain a broken stone artifact wrapped in leaves covered in an unknown substance. While one of his colleagues, Dr. Margo Green, prepares for the gala unveiling of a new exhibit about origins of world superstitions, a guard is gruesomely murdered. Lt. Vincent D'Agosta asks Green for help finding the killer. As repair of the relic reveals a mythical chimera, Green and D'Agosta learn the horrifying truth about the missing Whitney: The tribe didn't appreciate his research.
TRAILER
DETAILS