Bring It On - Worldwide Showdown 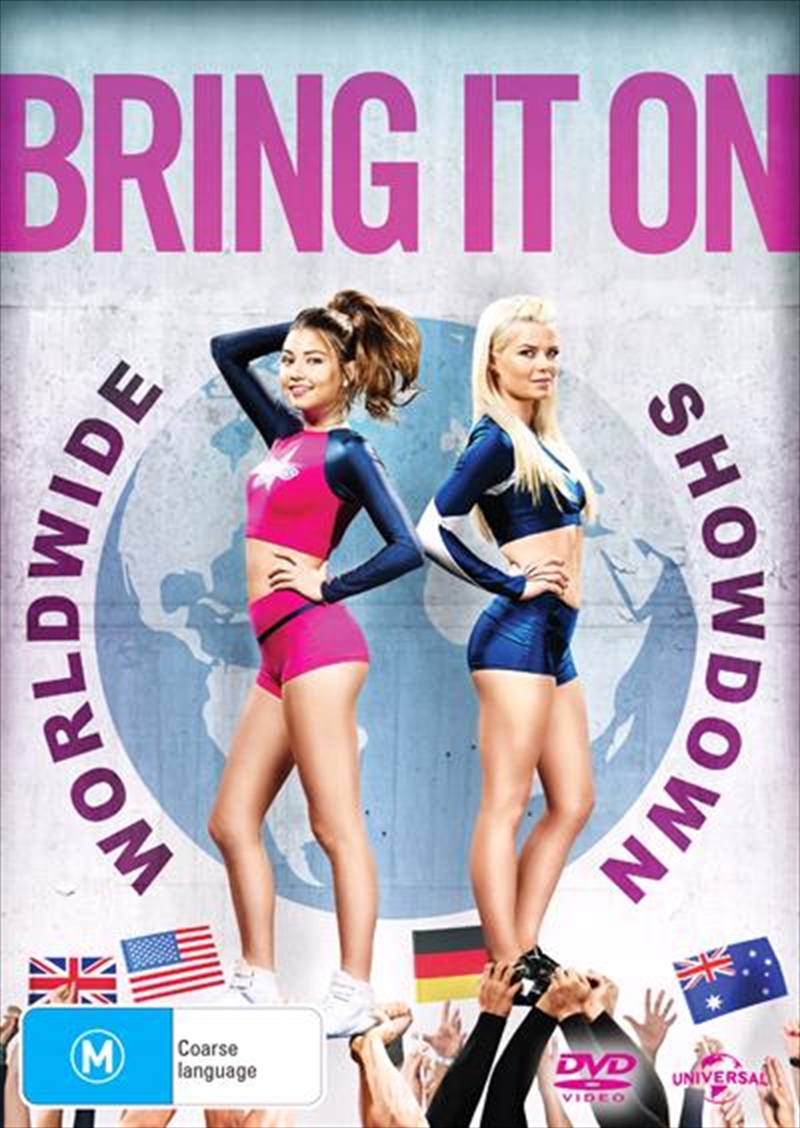 Bring It On - Worldwide Showdown

Shipping - See delivery options.
Postcode:
Quantity:
SEE MORE IN:
3 for $30 Movies & More Cant Seem To Stream
DESCRIPTION
When Destiny (Prosperi), captain of three-time national champions "The Rebels," is challenged to a global cheer showdown by an edgy new team called "The Truth," the Cheer Goddess organizes a virtual battle for squads from all around the world. It seems like the whole world wants to take down Destiny and her team, and they just might succeed, unless Destiny can rise to the challenge, set her ego aside and figure out who her real friends are.
TRAILER
DETAILS

Title: Bring It On - Worldwide Showdown