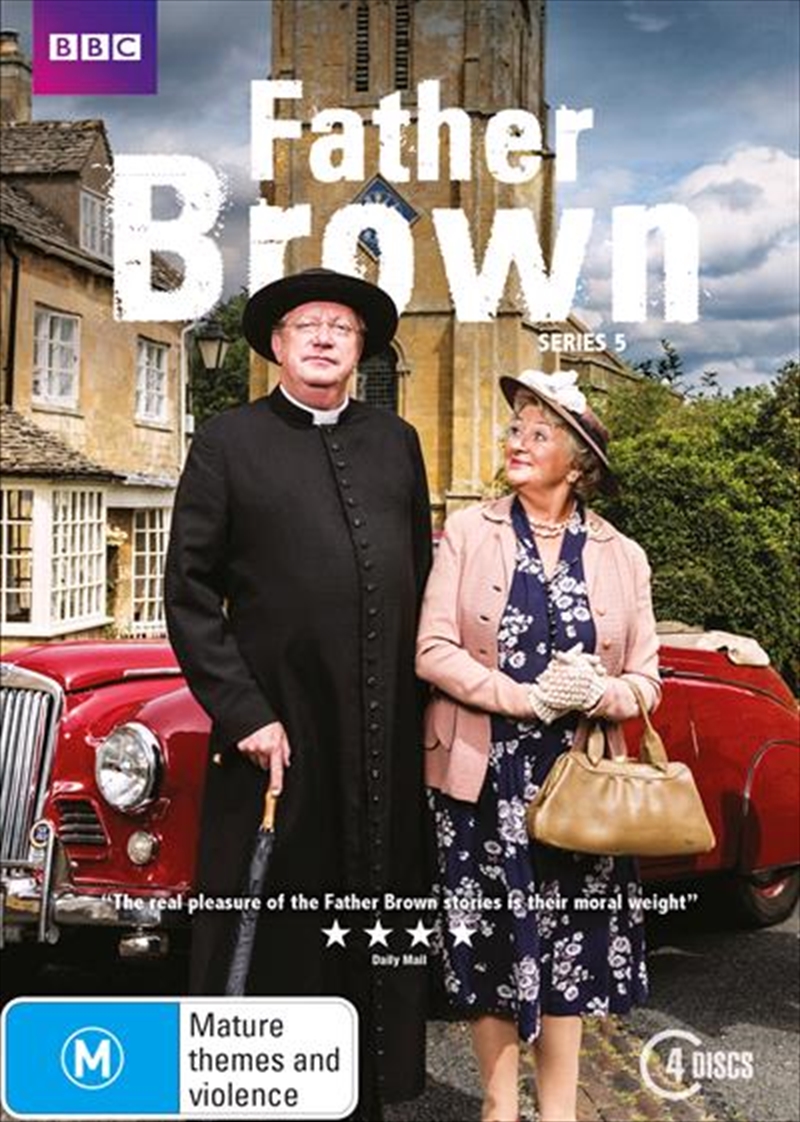 Father Brown (Mark Williams) cycles back on screen to solve more mysteries in the sleepy Cotswold village of Kembleford in this charming series based on the short stories by G K Chesterton. Each episode sees the inimitable priest investigate a crime in his own particular way, using intuition and psychology. In this series a Duke and Duchess visit the village at Christmas time, but the community is thrown into chaos when the couple's baby boy goes missing. When a female author is murdered, Father Brown turns to her novels for guidance. And when a boxer is found dead in suspicious circumstances, Father Brown uncovers a well-planned betting sting. It's a story full of deceit and betrayal, but who has been playing whom?