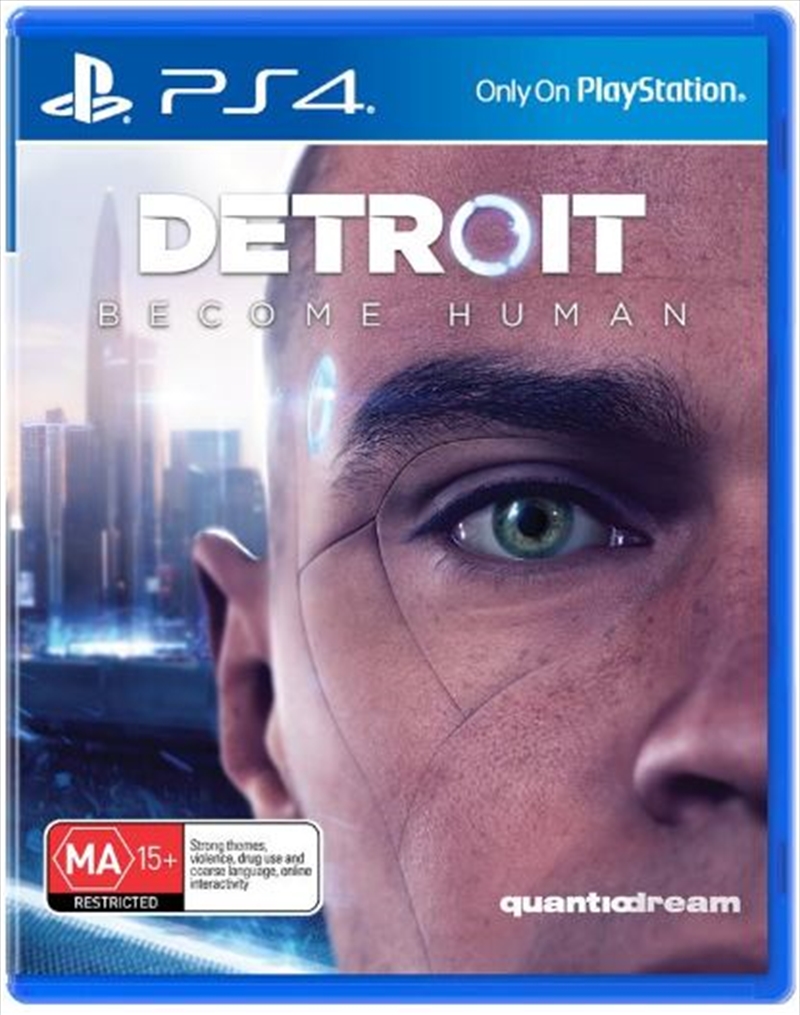 Detroit is the site of a new industrial revolution in Detroit: Become Human, a game about life -- human life, artificial life, and everything in between -- from Quantic Dream, the makers of Heavy Rain and Beyond: Two Souls.

THE WORLD OF DETROIT

Detroit is a neo-noir thriller set in the near-future city of Detroit. Androids, who look exactly like human beings, have replaced humans in most tasks: they are workers, babysitters, gardeners, nurses, teachers, clerks. The story of Detroit starts with an unexplained incident that begins to affect the Androids. Some disappear without any explanation, others have unexpected behaviors and strangely show signs of emotions. The rumors of "deviant" androids start spreading, but no one seems to know what's really happening...

PLAY YOUR OWN STORY IN DETROIT

Detroit is about playing the story. Through your actions and decisions you drive the story and face the consequences of your choices. You are in charge of the fate of these characters. You will become a "co-writer" who will have to make critical decisions that will impact the entire story and its world.

As you play as all of the characters, you'll see the story from different perspectives. You will need to weigh each decision, as actions made by one character may have consequences on others. You will also need to avoid putting the characters at risk, because they can all die, and like in Heavy Rain, the story will continue without them.

Connor is an advanced prototype assigned to police forces to help them investigate cases involving deviants. He is cold and analytical; he thinks fast and benefits from some surprising advanced features. He is very determined and nothing matters more to him than accomplishing the mission he was programmed for.

Detroit is about emotions, about dilemmas and making difficult decisions. Detroit is not just the story of androids becoming aware of themselves and their fight to be free, it is about a story that resonates at many levels in our world, about being free, about becoming who you are.