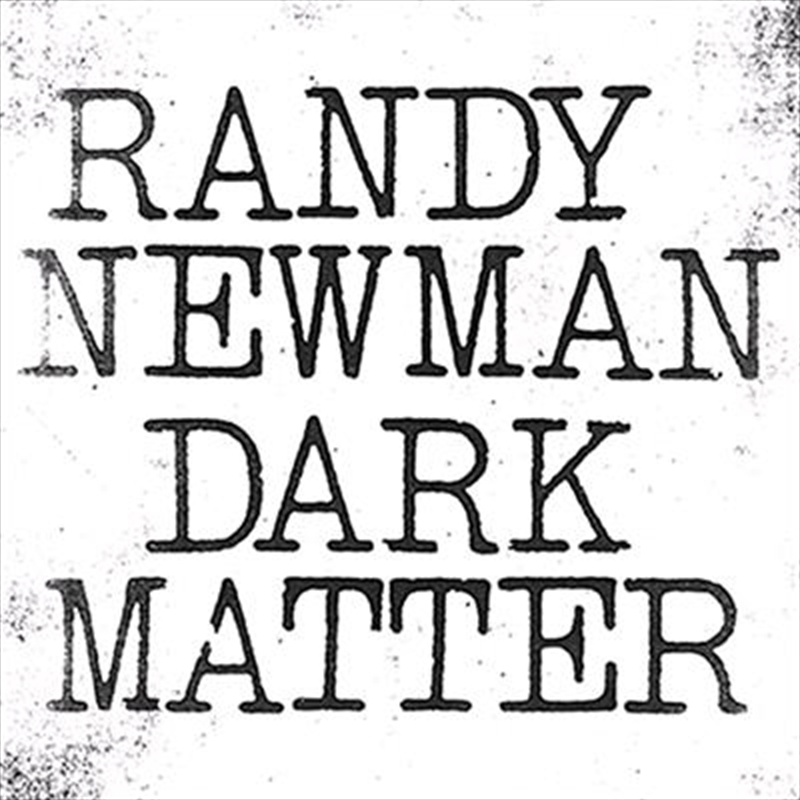 Nonesuch Records presents Dark Matter, Randy Newman’s first album of new material in nine years. The record is the follow-up to 2008’s acclaimed Harps and Angels, which The Guardian praised for its “sumptuous melodies, devastating pathos and thorny, irony-laden character songs,” calling it, “the work of a true master of popular song.” Dark Matter was recorded in Los Angeles and produced by long-time Newman collaborators Mitchell Froom, Lenny Waronker, and David Boucher. The album’s nine songs include the 2016 digitally released “Putin,” plus songs about the Kennedy brothers, Sonny Boy Williamson, science vs. religion, love and loss, and more (full track list below; album available on vinyl August 18).

Newman, who is known for writing from the perspective of various narrators, many of whom are unreliable, tried something new on Dark Matter: “If there is anything consistent about the songs, there is often more than one voice, in the big ones, and it’s different for me, a difficult thing to bring off, to make it comprehensible,” he says. “I think it works. They cover more ground than most songs do and portray a number of different characters. Audiences are smart. They’ll understand the songs. I hope they like them as well."

“I’m proud of the record,” Newman continues. “I think it’s entertaining—I hope it’s entertaining—and that’s eighty percent of what I try to do. Also, I’m doing something different than I’ve ever done before. It’s a step forward for me. And considering how long I’ve been doing this, I’m kinda proud of that.”

Randy Newman’s many honors include six Grammys, three Emmys, and two Academy Awards, as well as a star on the Hollywood Walk of Fame. He was inducted into the Songwriters Hall of Fame in 2002 and the Rock and Roll Hall of Fame in 2013—the same year he was given an Ivor Novello PRS for Music Special International Award. In addition to his solo recordings and regular international touring, Newman began composing and scoring for films in the 1980s. The list of movies he has worked on includes all three Toy Story pictures, A Bug's Life and the first Cars film. He scored the brand new ‘Cars 3’.
DETAILS