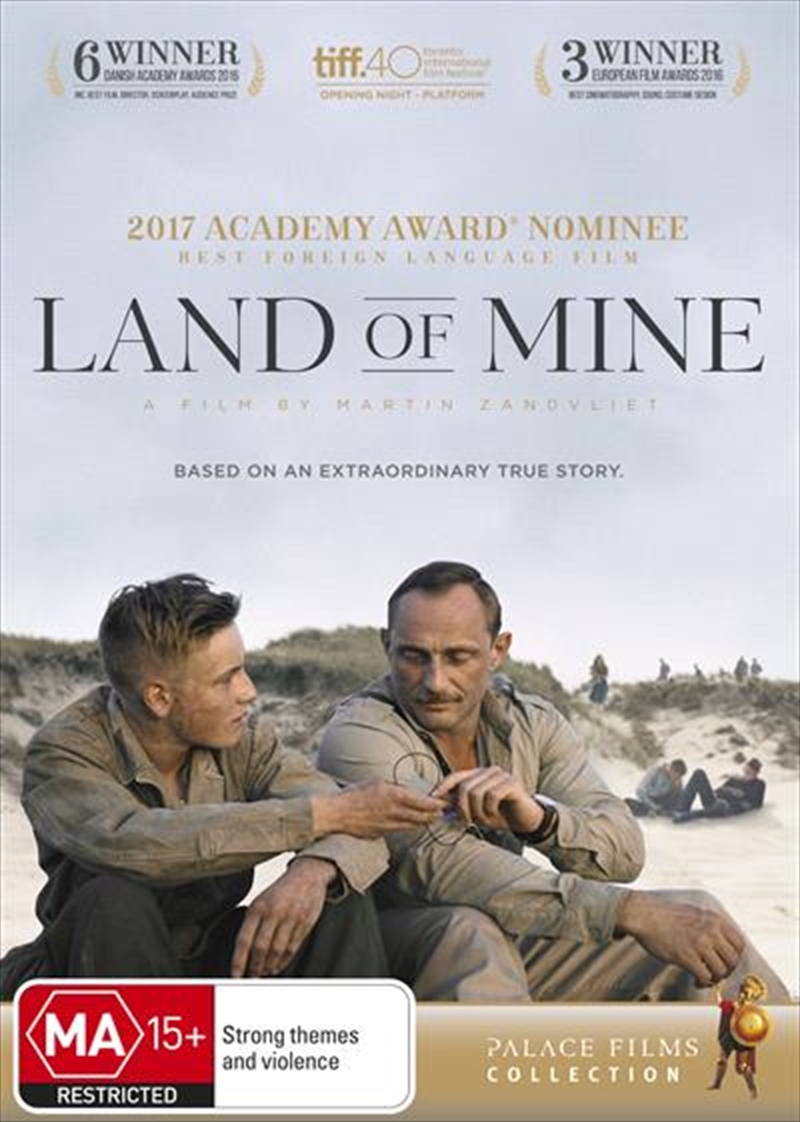 Want to click and collect? Check store availability
DESCRIPTION
They survived World War II. Now they have to survive the clearing.

Based on extraordinary true events, writer/director Martin Zandvliets multi award-winning historical drama follows a group of captured soldiers in Denmark in the immediate aftermath of WWII. After the Nazi surrender in May 1945, a unit of young Germans most barely out of their teens are put to work by their Allied captors. With minimal training, they are placed under the supervision of a righteous and embittered Danish sergeant, Rasmussen (played by the superb Roland Mller, A Hijacking), and sent to locate and disarm Hitlers munitions that still litter the beaches along Denmarks west coast. Scornful of the Germans for their five-year occupation of his country, the sergeant marches the boys out to the pristine dunes each day to perform this risky task. Yet as the days advance and he gets to know his young charges, especially the protective and pragmatic Sebastian (Louis Hofmann), Rasmussen grows more and more conflicted in his feelings, when compassion is the last thing his superiors wish to see extendedStories of conflict and its repercussions abound in cinema, but few have so eloquently focussed on the human connection between conflicts winners and the vanquished, and the emotional impact of occupation and nationalism. Featuring arresting performances from the ensemble cast and breathtaking cinematography, Zandvliets sweeping drama makes for riveting and deeply-affecting cinema that demands to be seen on the big screen.
DETAILS

Title: Land Of Mine