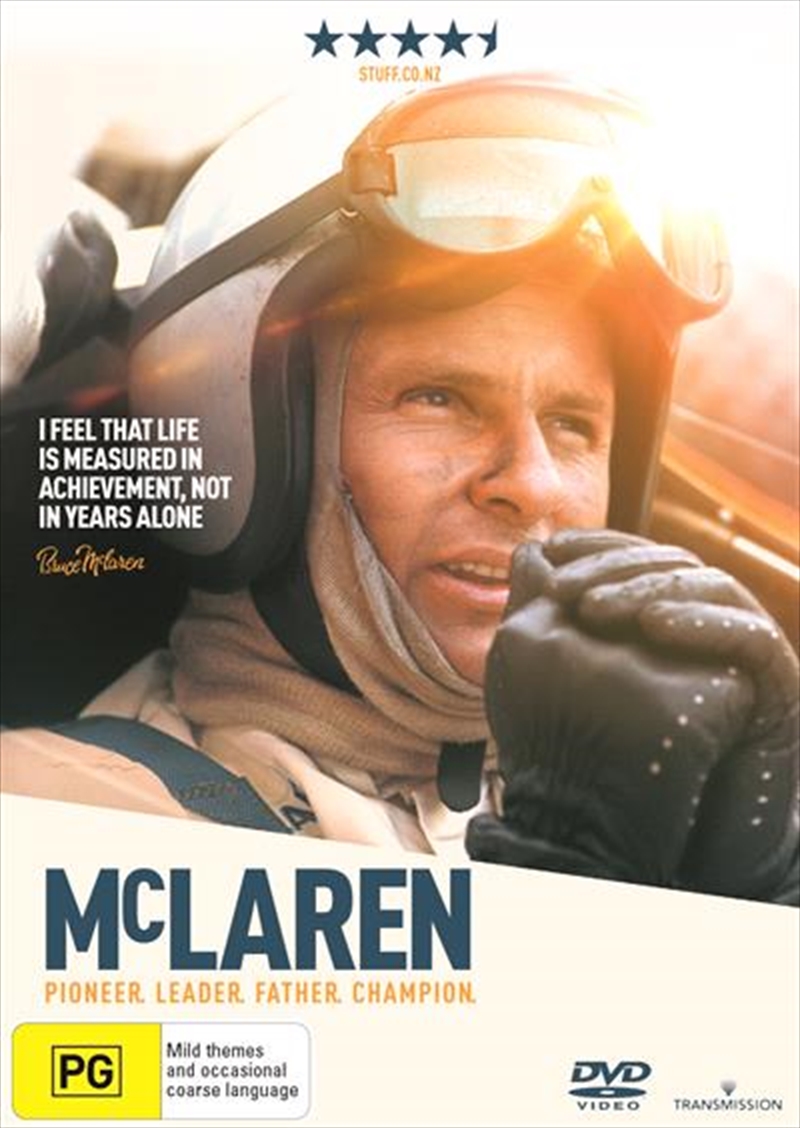 Shipping - See delivery options.
Postcode:
Quantity:
SEE MORE IN:
3 for $20 Movies & More Documentaries
DESCRIPTION
Today the name McLaren is synonymous with motor racing excellence; an F1 powerhouse and symbol of British automotive superiority. What is less known, is that McLaren Motor Racing was not the creation of an Englishman but an ambitious young man from the other side of the world. This is the story of Bruce McLaren, the New Zealander who, despite his humble birth and origins, took on the elite world of Motor Racing and won. The inspirational story of Bruce McLaren explores the triumph of the human spirit; reaching for and breaking limits and being all you can be. This is both a story for motor racing fans and one for those who seek to be inspired by what can be achieved in life.
TRAILER
DETAILS