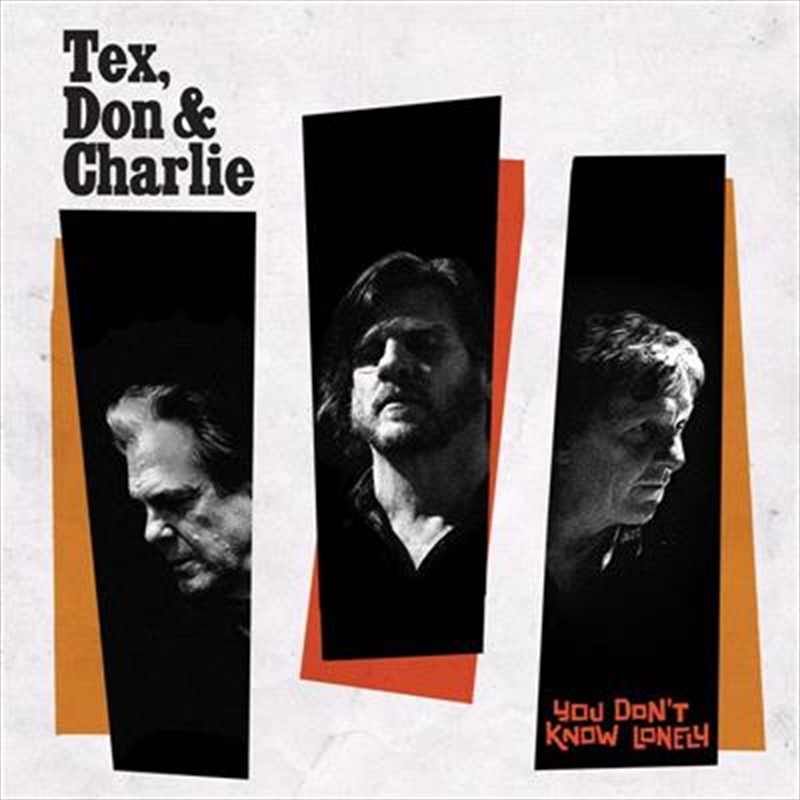 Bonafide legends of the Australian music scene, Tex Perkins, Don Walker, and Charlie Owen are set to take back their collective crown once more with the announcement that their alt-country supergroup, Tex, Don, & Charlie returns with a brand new album You Don’t Know Lonely due Friday June 30th.

True masters of evocative, story-driven song writing, we last heard from the trio on 2005’s All Is Forgiven and their spectacular 1993 debut Sad But True, itself widely regarded as one of the great Australian albums.

You Don’t Know Lonely’s lead track, Tex’s A Man In Conflict With Nature, is darkly hilarious – sketching the kind of louche, uninhibited character your grandmother warned you against: the layabout who, after a winning tip at the dogs, celebrates with “three hookers and some sushi”.

The Hitcher is an older, wiser, more calibrated view of the world that’s on offer: “You don’t know lonely/Till you’ve looked back down the road/From one more town/Knowing she’s no longer there/And here’s as good as anywhere.”

Tex, Don & Charlie will be taking the show on the road this August/September, hitting regional and metro locations with their fiery brand of alt-country in tow.

2. A Man In Conflict With Nature

3. Here’s As Good As Anywhere

8. One Step Ahead Of The Blues