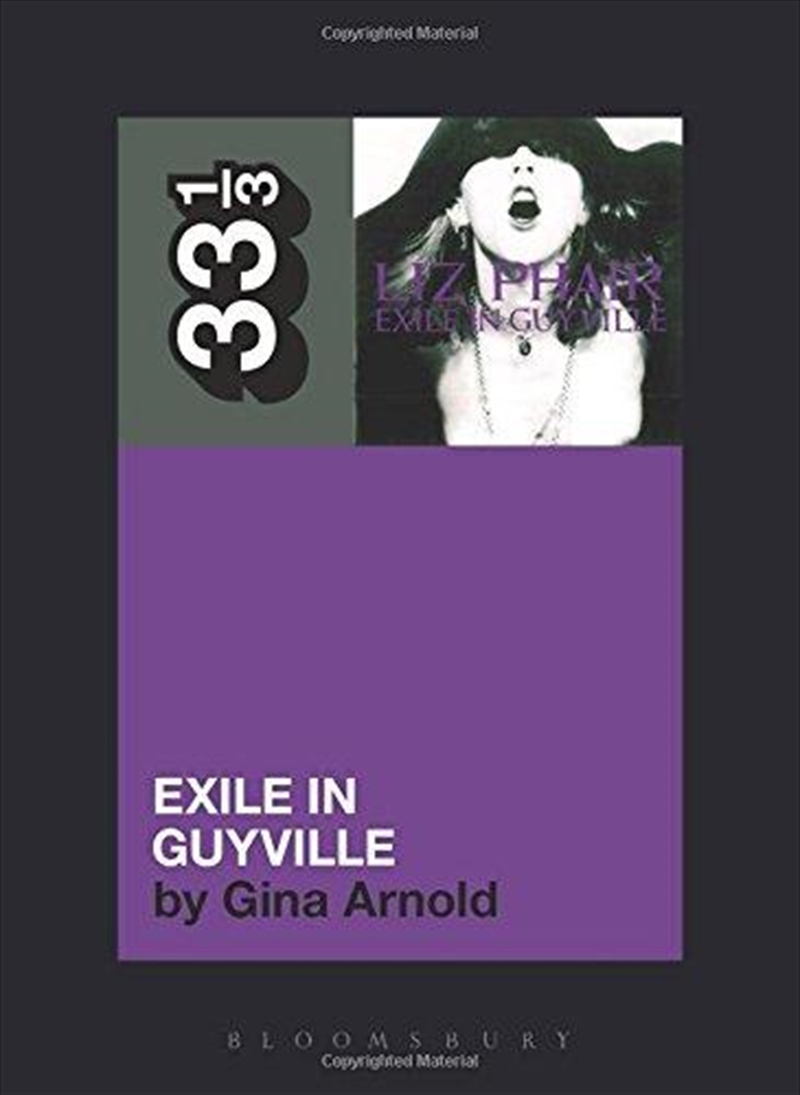 Shipping - See delivery options.
Postcode:
Quantity:
SEE MORE IN:
Books About Music & Entertainment
Although Exile in Guyville was grudgingly celebrated as one of the year's top records by Spin and the New York Times, it was also some people's idea of an abomination- a mockery of the Rolling Stones' most revered record and a rare glimpse into the psyche of a shrewd, independent, strong young woman. For these crimes, Phair was quite literally run out of her home town of Chicago, enduring a flame war by writers who accused her of being boring, inauthentic and a poor musician.
With Exile in Guyville, Phair spoke for all the girls who loved indie rock but felt deeply unwelcome there. Like all great works of musical art, Exile was a harbinger of the shape of things to come- Phair may have undermined the male ago, but she also unleashed a new female one. For the sake of all the women artists who have benefited from her work - on behalf of Sleater Kinney, MIA and Miley Cyrus - it's high time we go back to Guyville.