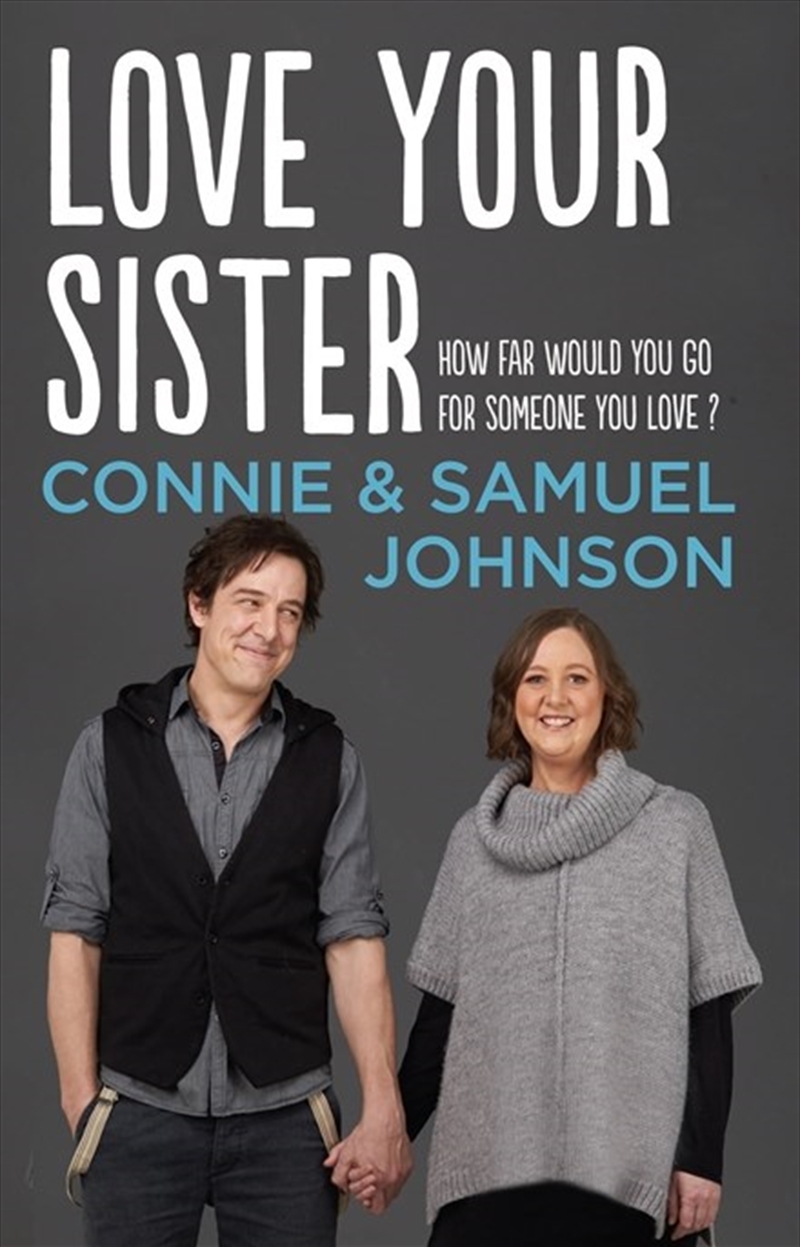 AUSTRALIA'S FAVOURITE SISTER HAS LEFT AN ASTONISHING LEGACY. THIS IS HER AND SAM'S STORY.Born a year apart, Connie and Samuel Johnson have always been close. Faced with the devastating news that they would soon be separated forever, they made a decision.After already surviving cancer twice in her young life, at 33 Connie was diagnosed with breast cancer. But this time it was a whole different ball game. This time she was told she will die, leaving behind her two sons. As a young mum faced with her own death, Connie wanted to make it all less meaningless, and she knew just the way to do it - send her brother, Sam, on a one-wheeled odyssey around Australia. The aims: to break the world record for the longest distance travelled on a unicycle. To raise $1 million for the Garvan Research Foundation. And, most importantly, to remind women to be breast aware and stop others having to say goodbye to those they love.Their message is simple: 'Don't fall into the booby trap.' Samuel has travelled through every state and ridden more than 15,000 kilometres to raise awareness and raise research dollars.But Connie had a secret fourth aim: to fix Samuel. And it worked. Sam cleared his diary, cleaned himself up and tenaciously kept his promise to his dying sister.For them the job isn't over. They are determined to raise more money for research. Connie vows to fight until her dying day and Sam says the fight will go on long after that. These two remarkable Australians share their tale, from childhood through to the finish line and beyond in this truly unique story. Part memoir, part travel diary, part conversation, LOVE YOUR SISTER is an inspiring and unforgettable story that shows just how far one man will go for his sister.
DETAILS