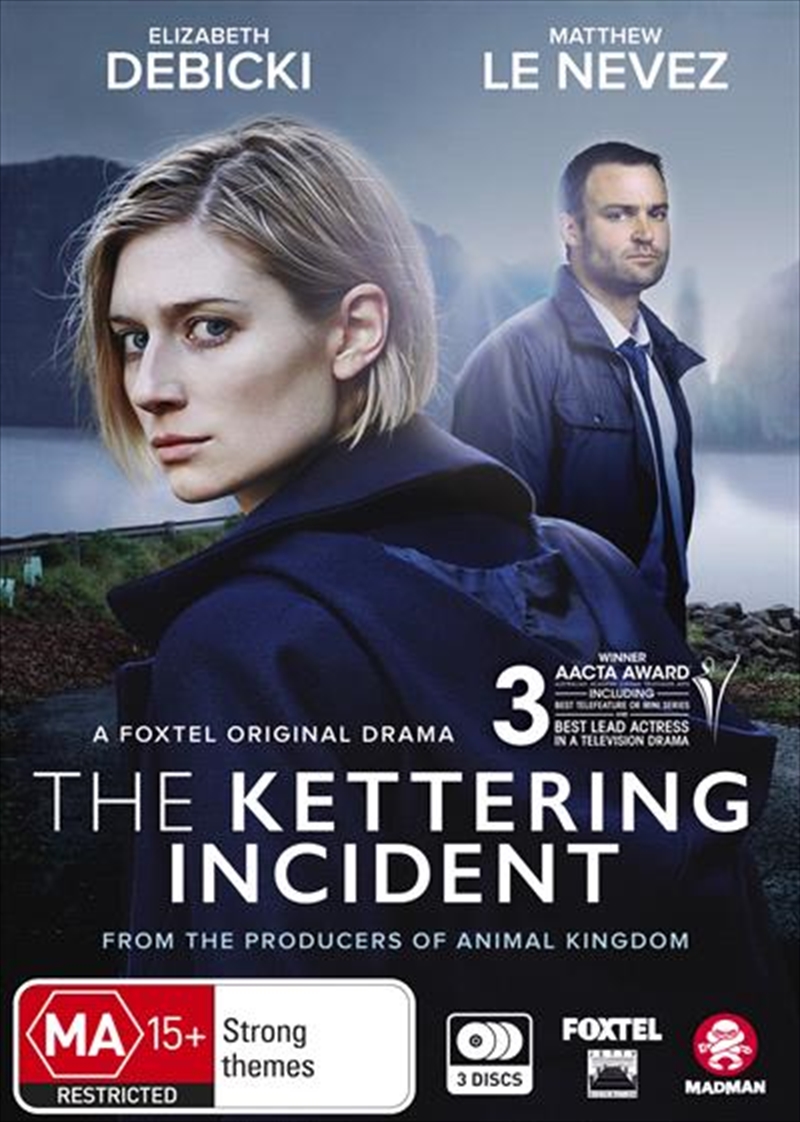 THE KETTERING INCIDENT is a major Australian television series set in the picturesque town of Kettering in Tasmania. Anna Macy left Kettering when she was just 14, shortly after her best friend, Gillian Baxter mysteriously disappeared. The two girls had been playing in the forbidden forests outside Kettering when they saw strange lights in the sky. Eight hours later, Anna was found alone, terrified and covered in blood. 15 years on, Anna returns to find the town struggling to survive. The forests have been marked for logging and the community is being torn apart by passionate but violent clashes between environmentalists and the local loggers. Time might have passed but Annas reappearance causes a stir. Theories and rumours persist about what really happened to the girls that night from Anna killing Gillian to alien abduction. Then another girl suddenly disappears. Has she run away or has something more sinister happened? If so, by whom or what, and why? Is it linked to Gillians disappearance all those years ago? As painful memories start to surface, Anna is drawn to discover what really happened the night Gillian disappeared, uncovering secrets buried deep in her mind and the heart of Kettering and its people. Starring Elizabeth Debicki (THE GREAT GATSBY), Matthew Le Nevez (OFFSPRING).
TRAILER
DETAILS