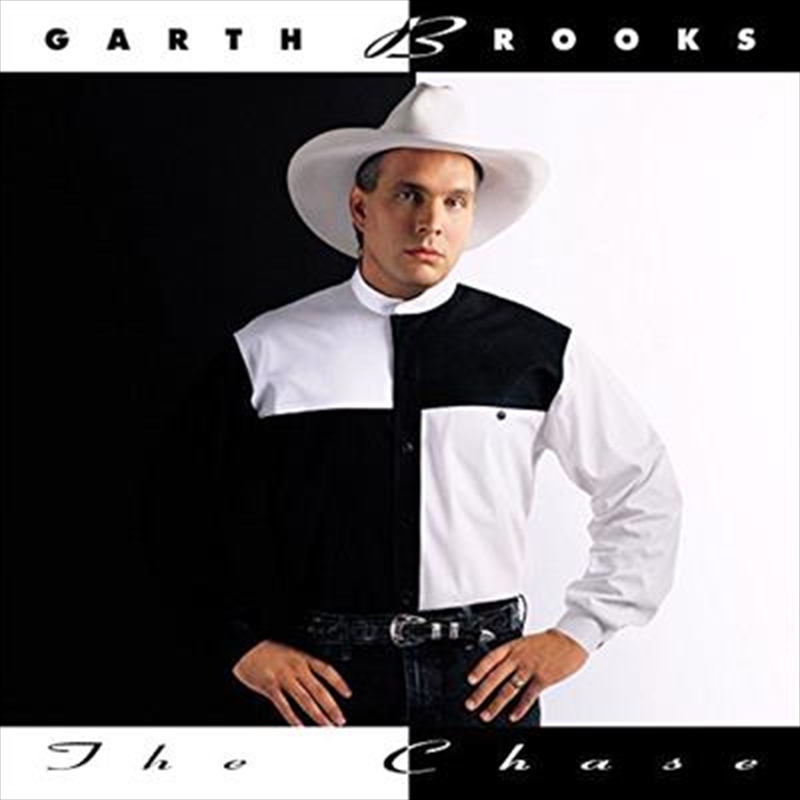 Shipping - See delivery options.
Postcode:
Quantity:
SEE MORE IN:
Under $15 Music
The Chase is Garth Brooks’ fourth studio album, released September 22 1992. The Chase debuted at #1 on the Billboard 200 chart and Top Country Albums chart. It was also successful internationally. The album entered the ARIA Albums chart at # 24 in September 1994, two years after its initial release. "Dixie Chicken" is a cover of the classic Little Feat song off of their 1973 album of the same name while "Night Rider's Lament" is a classic cowboy song that had been previously recorded by Jerry Jeff Walker and Chris LeDoux. It also features the hits “Somewhere Other Than The Night,” “Learning To Live Again,” and “That Summer”. Garth’s original team have re-mixed and re-mastered all of his catalogue albums.

We Shall Be Free

Somewhere Other Than The Night

Every Now And Then

Something With A Ring To It