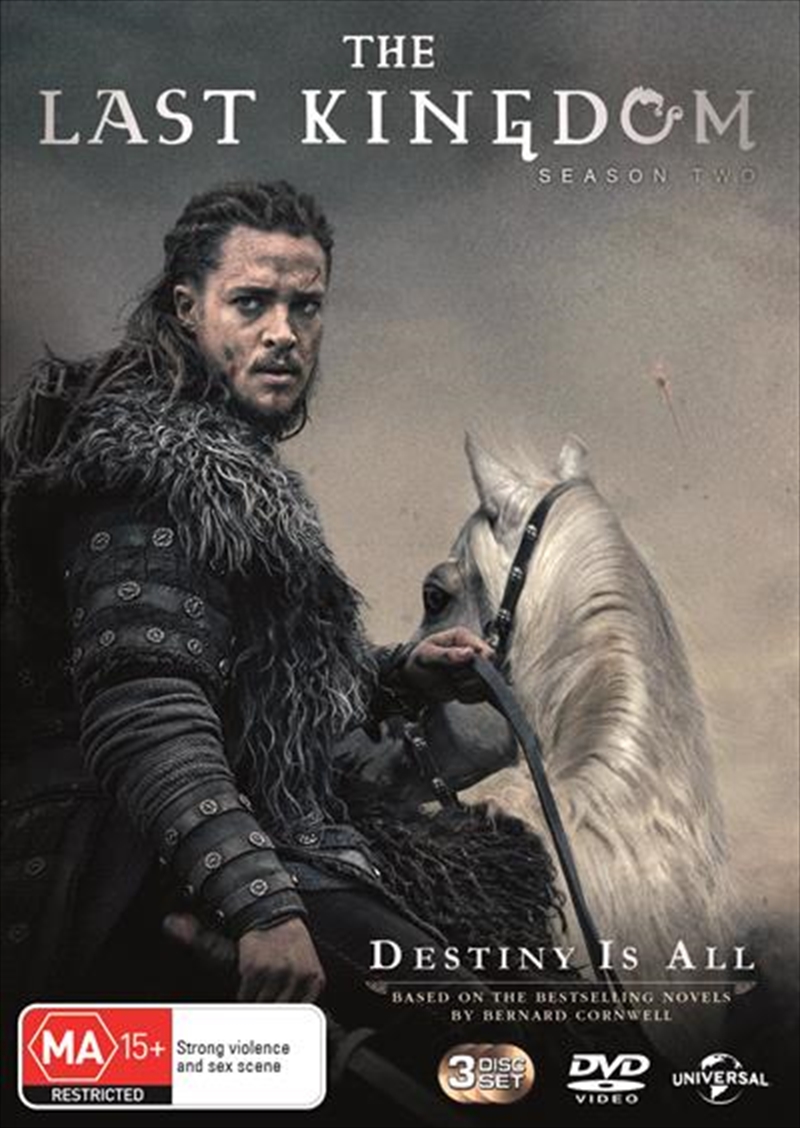 Shipping - See delivery options.
Postcode:
Quantity:
SEE MORE IN:
The Last Kingdom 3 for $50 TV All 3 for $50 3 For $50 Drama
The Last Kingdom returns in Season 2 with epic battles and breathtaking landscapes. Season 2 is based on Bernard Cornwells 3rd and 4th novels from The Saxon Stories. Set in the late ninth century AD, whenEngland was divided intoseven separate kingdoms. The Anglo-Saxon lands are attacked and, in many instances, ruled byDanes.The Kingdom of Wessex had been left standing alone. The protagonist Uhtred, the orphaned son of a Saxonnobleman, is captured by VikingDanesand reared as one of them. Forced to choose between a kingdom that shares his ancestry and the people of his upbringing, his loyalties are constantly tested.