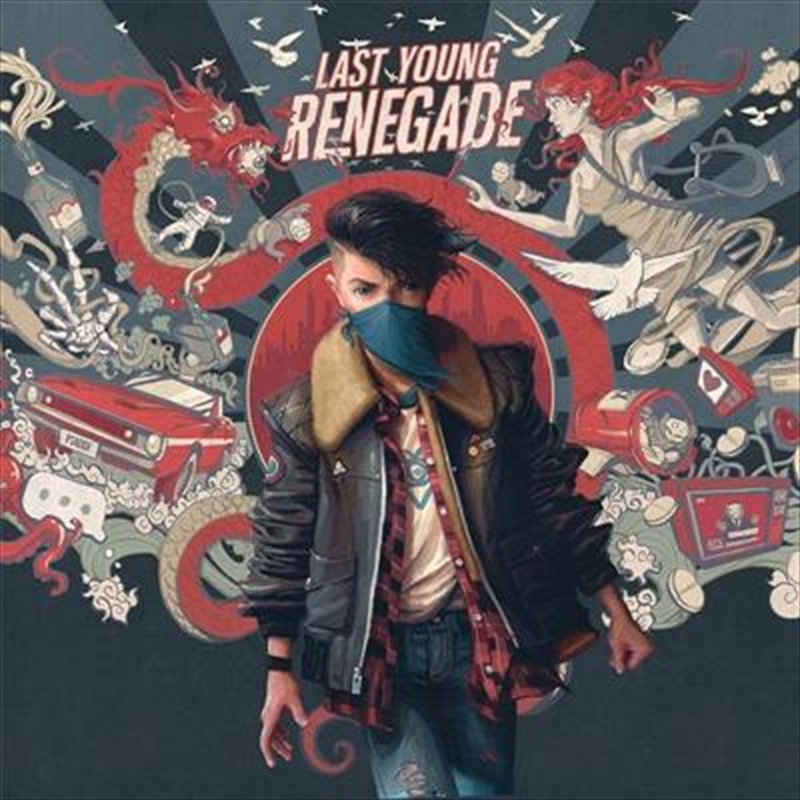 'Last Young Renegade' follows All Time Low's 2015 US chart-topping studio album 'Future Hearts,' and sees the band moving forward and exploring new sonic territory. Written during stays in the mountains of Big Bear Valley and the desert of Palm Springs, California, 'Last Young Renegade' is a journey of critical self-reflection and catharsis unlike any previous body of work from All Time Low.

Expansive and nostalgic, the album finds the band sublimely crafting a sound that pushes the envelope with songs like "Last Young Renegade," "Life Of The Party," "Good Times," and "Ground Control" (feat. Tegan and Sara).

Formed in 2003 in the suburbs of Baltimore, Maryland, All Time Low is one of the most beloved bands in rock, acclaimed worldwide for their positivity, invention, and always-effervescent songcraft. The band's three most recent album releases all made top 10 debuts on the SoundScan/Billboard 200 in America, with 2015's 'Future Hearts' arriving at #2 – All Time Low's highest chart placement thus far.

All Time Low has also received a remarkable range of awards overseas and American certifications, including RIAA platinum for 2008's breakthrough Dear Maria, Count Me In, and RIAA gold for such hits as Weightless and A Love Like War (feat. Vic Fuentes). Other honours include four Alternative Press Music Awards, five Kerrang! Awards, and the coveted title of "Best Pop Punk Band" at the Top In Rock Awards.

6. Life Of The Party

8. Dark Side Of Your Room