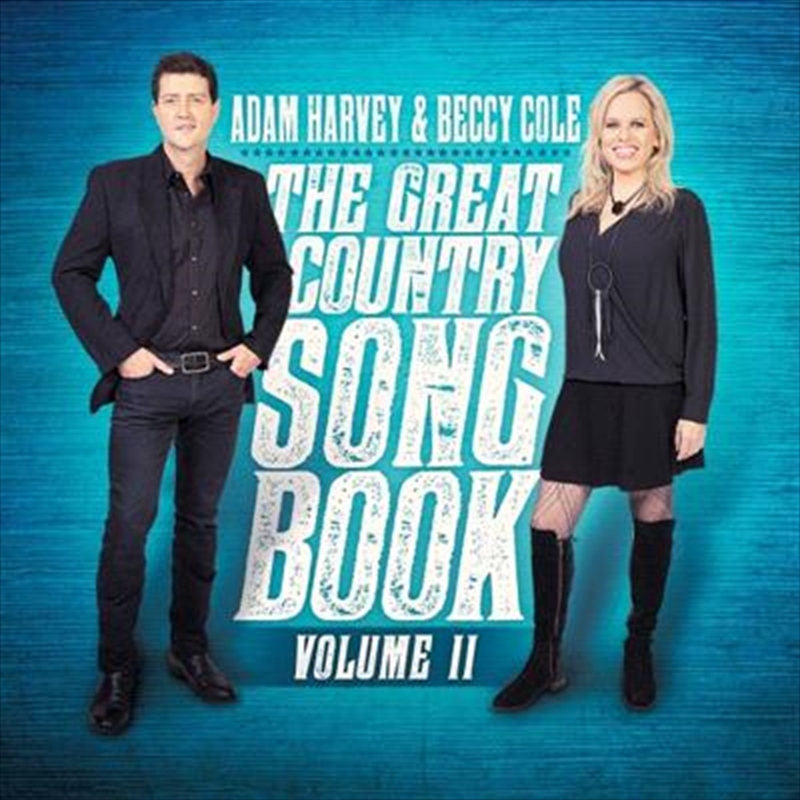 This album and tour follows the original 2013 release, THE GREAT COUNTRY SONGBOOK, which was pathed by Adam and his good friend and multi-award winning artist Troy Cassar-Daley . The album reached platinum status and continues to receive immense airplay and recognition. THE GREAT COUNTRY SONGBOOK VOLUME II also includes special guest recordings with Troy on two tracks.

As individual artists, Adam Harvey and Beccy Cole have stayed at the forefront of Australian country music for close to two decades, each with an impressive list of awards and top selling albums. The combination of these two dynamic performers has proven to be a hit with live audiences having toured the country on several occasions since their first encounter almost 20 years ago.

Adam and Beccy have finally taken their favourite list of country duets to the studio and fans across the country are set to benefit when they hit the road in 2017 with ‘The Great Country Songbook Volume II Tour.’ Together they have brought back some of the most famous country combinations of all time; classic duets recorded by Johnny Cash and June Carter, George Jones and Tammy Wynette, Conway Twitty and Loretta Lyn and Kenny Rogers and his many duet partners…including Dolly Parton of course! Australia’s most entertaining duo will be onstage for two unforgettable hours as they bring you their versions of the greats, delivered with high energy and a few laughs in true Adam Harvey and Beccy Cole style.

1. If I Were A Carpenter

2. Anyone Who Isn’t Me Tonight

5. You’re The Reason Our Kids Are Ugly

6. Don’t Fall In Love With a Dreamer

10. Just Someone I Used To Know

13. Islands In The Stream