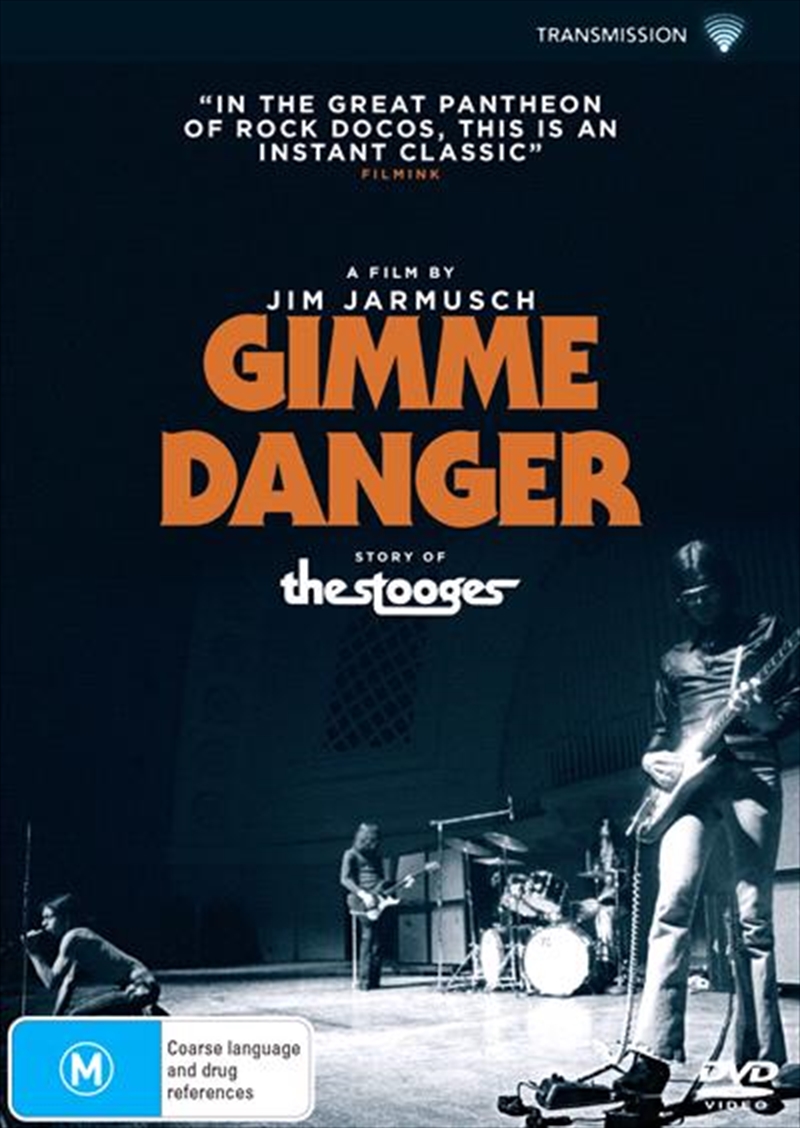 American filmmaker Jim Jarmusch's documentary love letter to punk icons Iggy Pop and his band, The Stooges. Michigan-born Iggy's youthful music career wavered, until he found his Stooges soulmates in Dave Alexander (bass), and brothers Ron (guitar) and Scott Asheton (drums). Three ground-breaking albums and just a few years later, the band was literally falling apart. Iggy gleefully relates the story of those crazy years from I Wanna Be Your Dog to Raw Power. Gimme Danger is brimful of music, clips and anecdotes, including Bowie, Nico and the crowd-surfing Iggy himself.