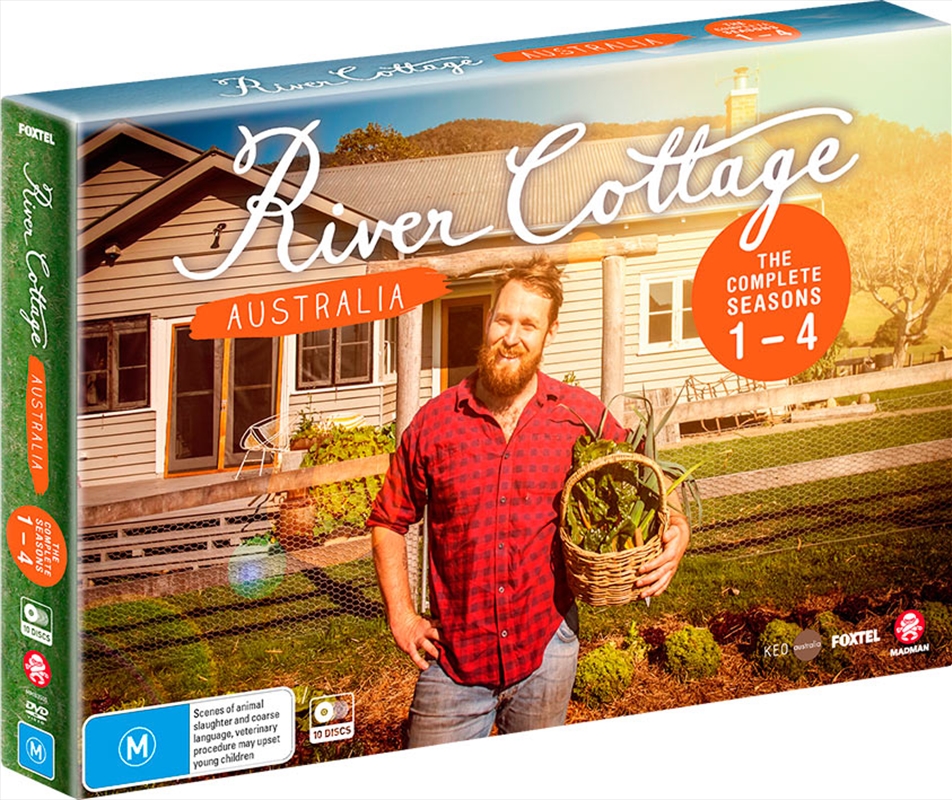 Shipping - See delivery options.
Postcode:
Quantity:
SEE MORE IN:
Up To 50% Off Boxsets

Can an idea grow anywhere? Celebrated chef Hugh Fearnley-Whittingstall and new disciple Paul West are about to find out.

Celebrated chef and self-sufficiency guru Hugh Fearnley-Whittingstall hands the River Cottage baton to an Australian counterpart--former Tasmanian chef, Paul West--who faces new challenges and uniquely Australian characters as he attempts to set up his own farm near the historic and picturesque village of Central Tilba on the NSW Far South Coast.

As the series unfolds, it's up to Paul to make a go of it without Hugh there to guide him. He learns how to dish up whatever he's grown, reared or caught. He stocks the farm with chickens, pigs and cows, establishes vegetable gardens, hunts for wild food, and learns the secrets of bush tucker.

Four series on and the farm is a hive of new activity. Paul has welcomed eager cooks and wannabe farmers to the property to share his knowledge and teach people how to live the River Cottage lifestyle through cooking and growing their own produce. He's also become a first time Dad, so to help run the farm and the school he's taken on an apprentice. River Cottage Australia has been a self-suffiency success story!

This collection brings together all episodes from Series 1, 2, 3 and 4 plus a bonus disc with recipes and tips from series 2.