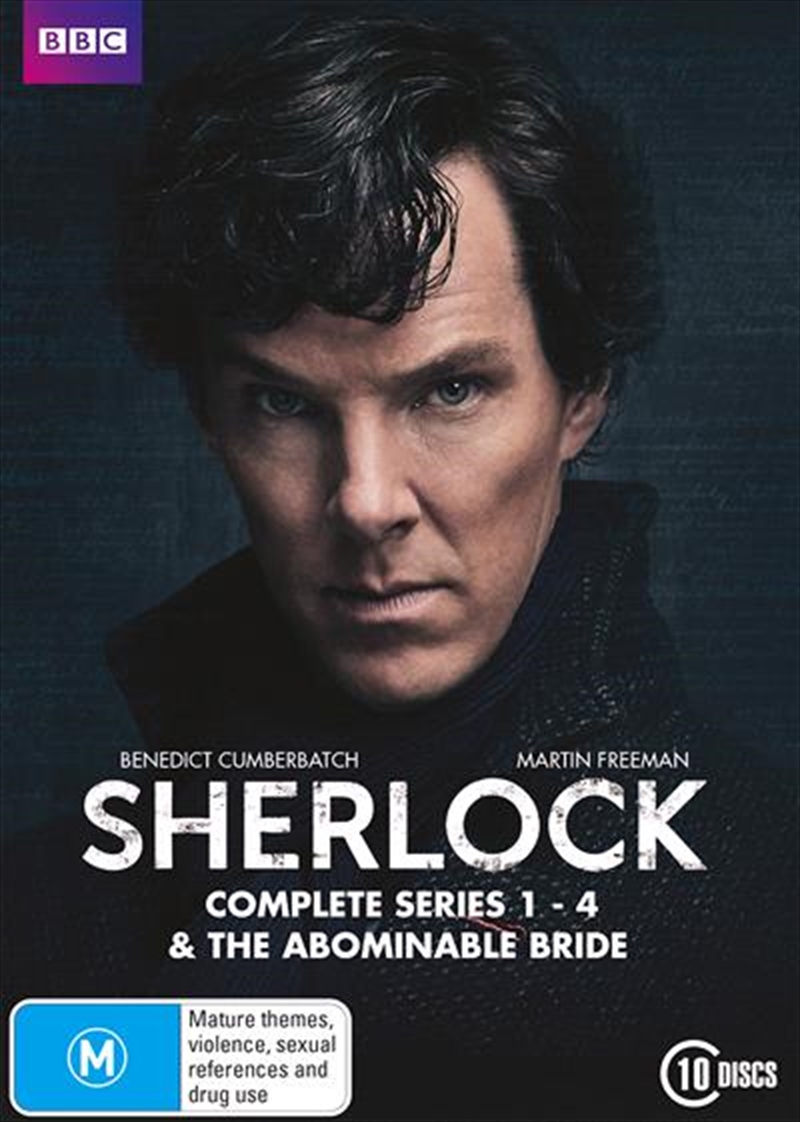 Let your journey to 221B Baker Street begin with this complete Sherlock Holmes experience... From its revolutionary modern day re-interpretation - to the clever time-shift that transports the story back to Victorian London - this is the Sherlock legend re-imagined like never before. Hailed as the "most watched BBC drama in a decade" (independent.co.uk), this ground-breaking, Emmy Award Winning series has made both Benedict Cumberbatch and Martin Freeman international stars. Now this superlative collection is available for the first time in its entirety and includes Series 1, 2, 3...and the special, The Abominable Bride. So join all your favourites - Sherlock Holmes, Doctor Watson, Moriarty, Lestrade, Mycroft, Mrs Hudson and Molly - and watch in awe as they battle to solve the unsolvable, defeat the undefeatable and close every case.