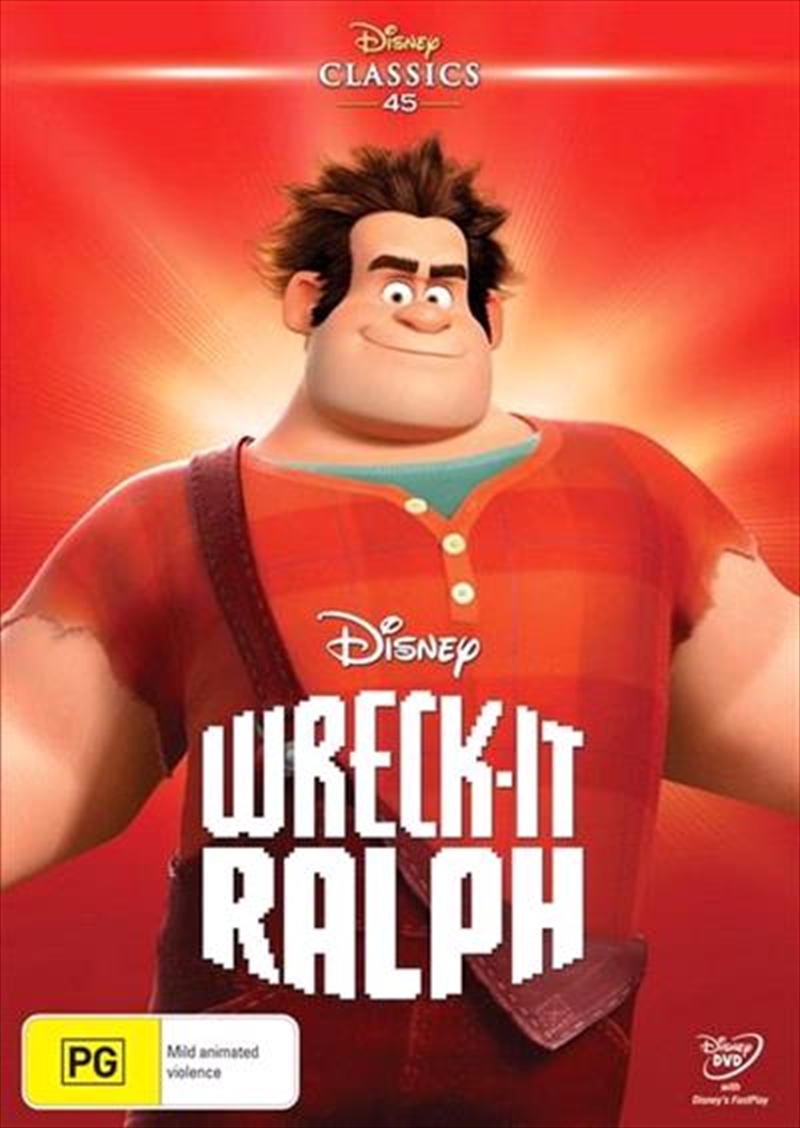 Shipping - See delivery options.
Postcode:
Quantity:
SEE MORE IN:
Wreck It Ralph Disney Movie Classics 2 for $20 Movies & More 2 For $20 Family
When the game is over, the fun begins

Wreck-It Ralph (voice of John C. Reilly) longs to be as beloved as his games perfect Good Guy, Fix-It Felix (voice of Jack McBrayer). Problem is, nobody loves a Bad Guy. But they do love heroes so when a modern, first-person shooter game arrives featuring tough-as-nails Sergeant Calhoun (voice of Jane Lynch), Ralph sees it as his ticket to heroism and happiness. He sneaks into the game with a simple plan - win a medal - but soon wrecks everything, and accidently unleashes a deadly enemy that threatens every game in the arcade. Ralph's only hope? Vanellope von Schweetz (voice of Sarah Silverman), a young trouble-making glitch from a candy-coated cart racing game who might just be the one to teach Ralph what it means to be a Good Guy. But will he realize he is good enough to become a hero before its Game Over for the entire arcade?