Many Adventures Of Winnie The Pooh 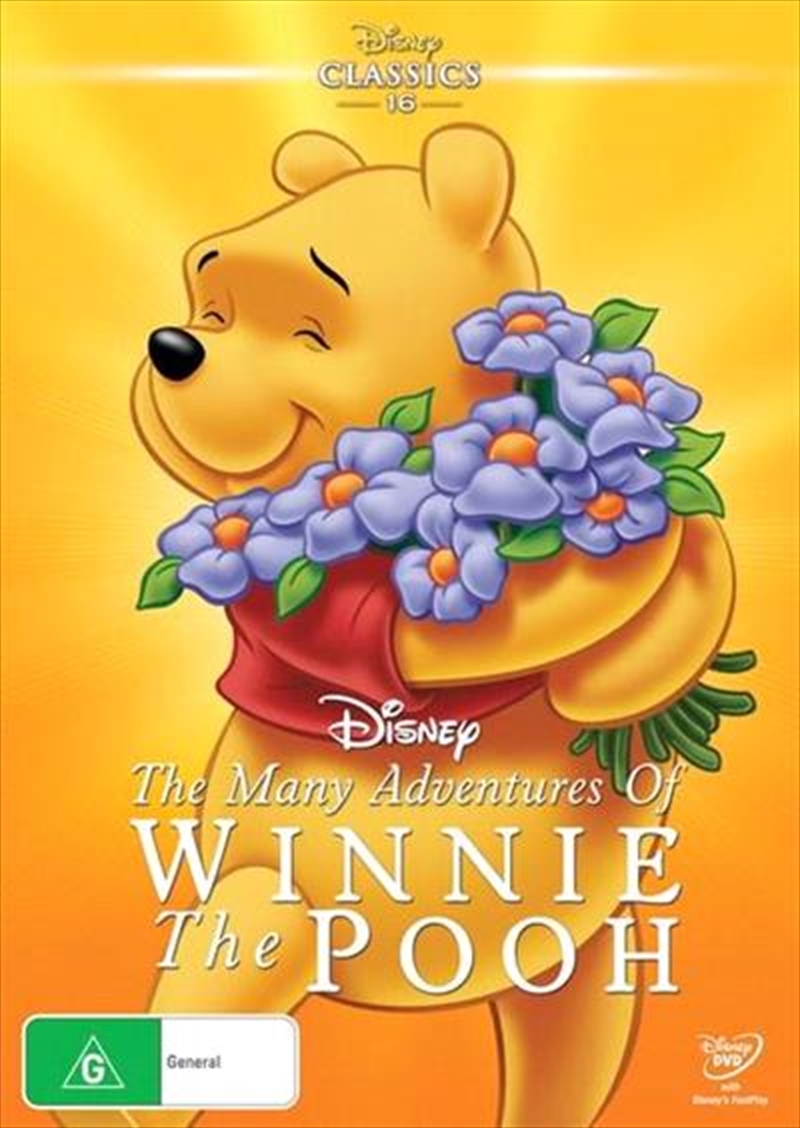 Many Adventures Of Winnie The Pooh

Shipping - See delivery options.
Postcode:
Quantity:
SEE MORE IN:
Disney Movie Classics Winnie The Pooh Christopher Robin 2 for $20 Movies & More 2 For $20 Family
Celebrate the magical and heartwarming stories that delighted families for generations with Pooh's first and most beloved feature film. Experience the magical tales that started the Pooh tradition - an extraordinary masterpiece of classic Disney artistry. These charming stories are filled with timeless Pooh adventures - the first meeting between Tigger and Pooh, Pooh getting stuck in Rabbit's house from eating too much honey, and the lovable characters' flurry of activity on a hilarious windy day. Accompanied by the engaging songs that endeared Winnie The Pooh to children everywhere, such as "Little Black Rain Cloud" and "Rumbly In My Tumbly", the classic moments continue to enchant children and Pooh-lovers alike.

Title: Many Adventures Of Winnie The Pooh