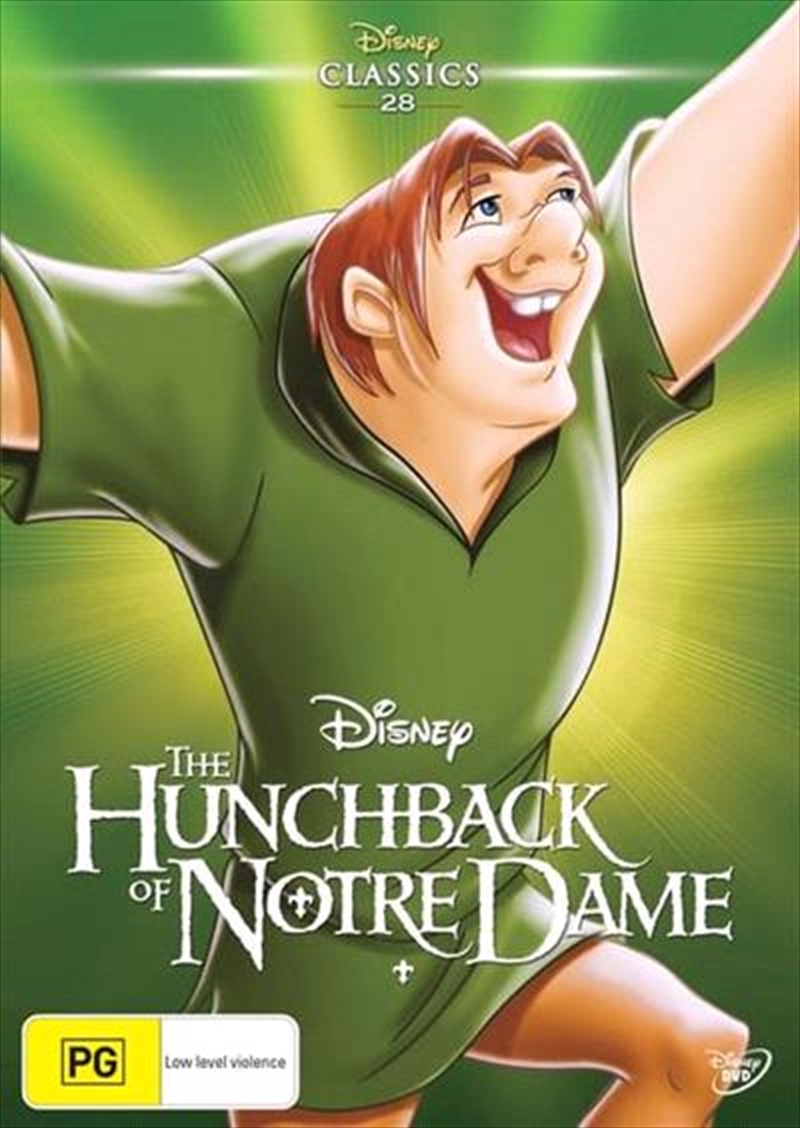 Shipping - See delivery options.
Postcode:
Quantity:
SEE MORE IN:
Disney Movie Classics Hunchback Of Notre Dame 2 for $20 Movies & More 2 For $20 Family
An entertainment extravaganza packed with music, merriment and some of the most unforgettable characters ever created, Disney's Classic The Hunchback Of Notre Dame is a resounding animated wonder that'll dazzle you every time!
High above the city of Paris in a spectacular bell tower, the warmhearted bell-ringer Quasimodo and his outrageously funny gargoyle pals gaze upon the "Festival of Fools" - the biggest party of the year. Though forbidden to go by his evil guardian Frollo, Quasimodo bravely ventures into a world he has never known but has always dreamed about. Befriended by the beautiful gypsy Esmeralda and her feisty goat Djali, Quasimodo embarks on an awe-inspiring adventure bursting with action, suspense and extraordinary surprises!
As the story swells to its gloriously triumphant finale, you'll fully experience the power, the magic and the fun of Disney's towering animated achievement!