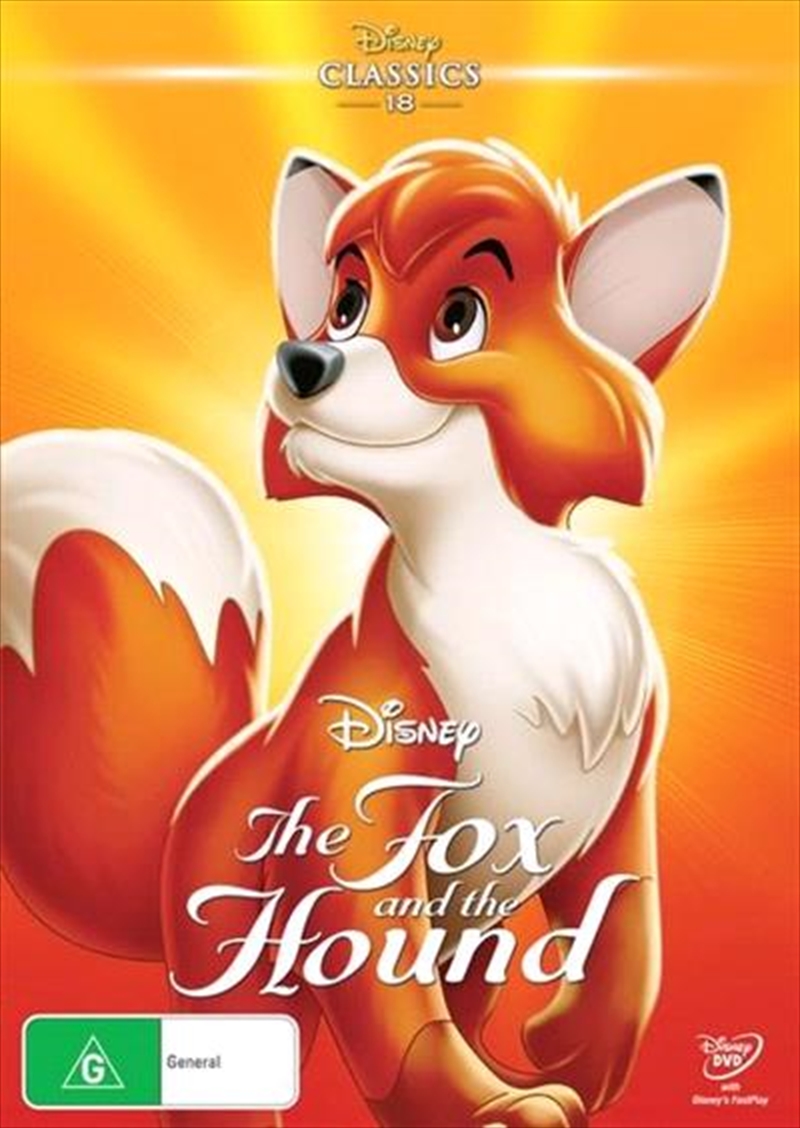 Shipping - See delivery options.
Postcode:
Quantity:
SEE MORE IN:
3 for $30 Movies & More Disney Movie Classics
DESCRIPTION
Echoing the heartwarming sentiment of Bambi, Disney's 24th animated Classic The Fox and The Hound blends vibrant imagination and breathtaking action to tell the story of two who didn't know they were supposed to be enemies. The fun and adventure begins when a lonely widow adopts an orphaned fox cub named Tod. The mischievous fox soon meets up with Copper, an adorable hound puppy. Under the watchful eyes of Big Mama Owl, the innocent pair play and frolic in the forest and become best of pals - unaware that the days that lie ahead will pit them against each other and put their friendship to the ultimate test! Reflecting such timeless values as love, courage and the importance of friendship - The Fox and The Hound has captured an honoured place among Disney's most beloved and endearing animated Classics.
DETAILS

Title: Fox And The Hound